The image of the statue has been widely shared across social media in the wake of the terror attack in Reading at the weekend. 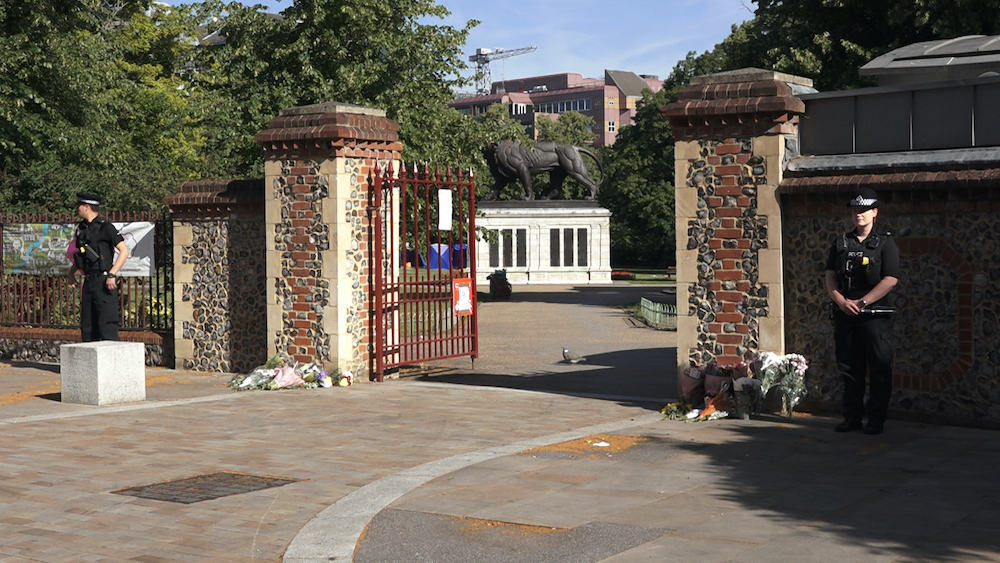 An image of the lion statue in Forbury Gardens has gone viral in the wake of the Reading terror attack, in an attempt by residents of the town to show unity.

Alistair Gammond, 29, said he created the image after seeing the town “suffering” following the attack.

He said: “I wanted to do it for a show of peace and for the simple message that I have had enough of terror and terrorism in the world because, quite frankly, the world is in a bit of a mess at the moment and we need some solidarity.”

The statue of the lion was erected in 1884 to commemorate the deaths of 329 men during the Anglo-Afghan War in Afghanistan between 1878 and 1880.

It has been called an “iconic” part of the Berkshire town’s identity by residents.

Mr Gammond, a hospitality worker who lives in Slough, said he had visited the park on previous occasions and “felt safe every time”.

“I wanted the town to know we can band together as a community, to support them with a simple message,” he said.

“I believe that the town will be able to recover, with simple acts like showing love and kindness and respect for each other, regardless of anything else.”

He said: “I love the town of Reading. I live in Slough, not too far away, and would regularly travel to Reading for shopping, dining out, nights out or for sports.

Connection with the town

“I feel like, over the years, I have really drawn a connection with the town and I have always seen it as a safe place.

“What you hear on the news about people saying that Reading is a safe community, I believe that. I have never had any issues with anyone in the town, it’s always felt safe.

“But I feel as though a part of that has been taken away with this heinous attack, in a beautiful park where I have visited many times and felt safe, every time.

“I plan to try and get down there later this week so I can pay my own respects.”