She hit back at racist comments people were making about London - and in turn, was bombarded with hateful messages. 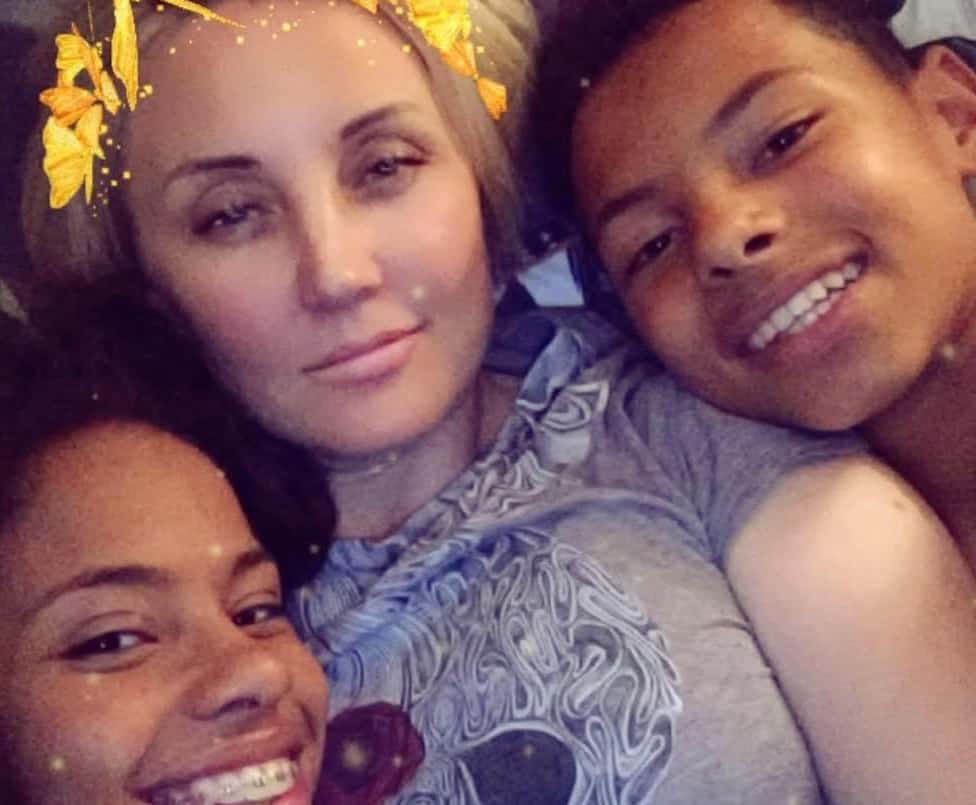 A mum was bombarded with racist comments online and even accused of being “racist against white people” – after strangers spotted her mixed-race kids in her profile pic.

But Inna was targeted by trolls after she joined a Facebook community group for London-based Russians.

She hit back at racist comments people were making about London – and in turn, was bombarded with hateful messages.

Referring to Inna, one said: “Who let it into the group?”

A man repeatedly sent her emojis of black faces, while another said Croydon – where she lives with her family – was “a Negro ghetto”.

And when she began to object, one woman wrote: “Hate and slander. It’s a criminal matter. Racism! She is a racist! Against all white people!”

In just a few days, she claims to have received more than 130 abusive messages on her Facebook page.

Inna, who lives in Croydon, but is from the Ukraine, said: “I have even had problems sleeping lately because I keep thinking about all these nasty things said about my two beautiful kids.

“They used Russian slang which does not even has a translation to English but is a lot and very rude.

“If I am feeling this way, I can not even imagine how black people feel about this type of situations. They are really hard.”

Inna, the owner of a jewellery business, grew up in Ukraine, where she met her ex-husband and moved to England 22 years ago.

She has been watching the Black Lives Matter protests and supports the movement.

The abuse started after she joined a Facebook group for Russian people in London to get tips for posting packages home.

She came across a now-deleted post from someone whose family plans to move to Croydon, asking for information about the place.

She said it was followed by racist comment including one which said: “I think all the slaves should be taken free, to the land of ancestors!”

One said: “It’s their choice to live in the dirt, not to study or become doctors.

“What a despicability??? Where??? In England, only an idiot does nothing and lives in the dirt.

“Anyone here! Anyone!! Can learn and hold high positions. And it is not easier to open your business.”

After seeing the hate comments, she shared a post a status – including screenshots of the abuse – which said: “Unbelievable to see such ugly racist comments amidst the biggest Black Lives Matter movement in history.

“These were posted by Russians living in LONDON right now #BLM.”

Within hours members of the group turned on her, tagging her in racist comments, on June 12.

People spotted her mixed-race children in her Facebook profile photo and bizarrely accused her of being racist – “against all white people”.

After she reported the accounts on Facebook a person on the group made fun of her by tagging her in a comment which said: “Now the wife of a negro representative will declare you. And he will take you for racism. She’s in charge now.”

She said it was the first time she had personally received hateful comments.

Inna said her son has been targeted because of his race before and was even stopped by four undercover officers when he was just 12-years-old.

She explained: “He was fearing for his life when he was riding a bicycle and four adults stopped him.

“They said he was stopped because he was riding the bicycle too slow and this had made him look suspicious.”