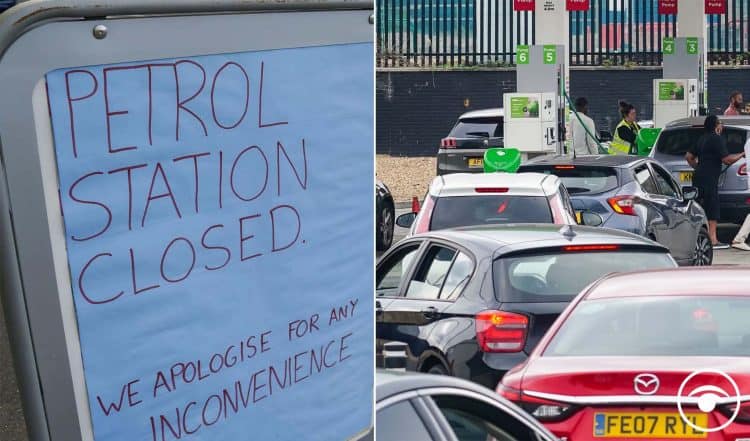 Grant Shapps, the Transport Secretary, has defended his foreign visa plans to solve the HGV driver shortage as he accused a haulage group of sparking petrol station queues.

Mr Shapps admitted he had done something he “didn’t necessarily want to do” in allowing foreign workers to fill the workforce gaps, having only on Friday rallied against the idea of temporary visas, but said the Government wanted to reassure the public amid long queues at the pumps.

The government has confirmed that 5,000 HGV lorry drivers and 5,500 poultry workers will receive temporary three-month visas to work in the UK until Christmas Eve. The Road Haulage Association has estimated that the UK is short of about 100,000 HGV drivers, which has led to long queues at petrol stations, despite ministers saying there are no fuel shortages.

However, army drivers could be brought in to help deliver fuel as petrol stations are being forced to close due to the lack of HGV drivers.

Speaking to Sky News’ Trevor Phillips On Sunday programme, Mr Shapps said: “We need to ensure that people are reassured now that this rather manufactured situation has been created, because there’s enough petrol in the country.

The Cabinet minister called for the public to be “sensible” and only fill up their cars when needed as there is “plenty of fuel” available.

So does that mean there is a shortage then? We, like you, are not sure.

As ever people on social media had their say on the crisis.

Fight have already broken out on forecourts, this was taking place at an Esso station in Chichester, West Sussex.

Does this sum it all up for you?