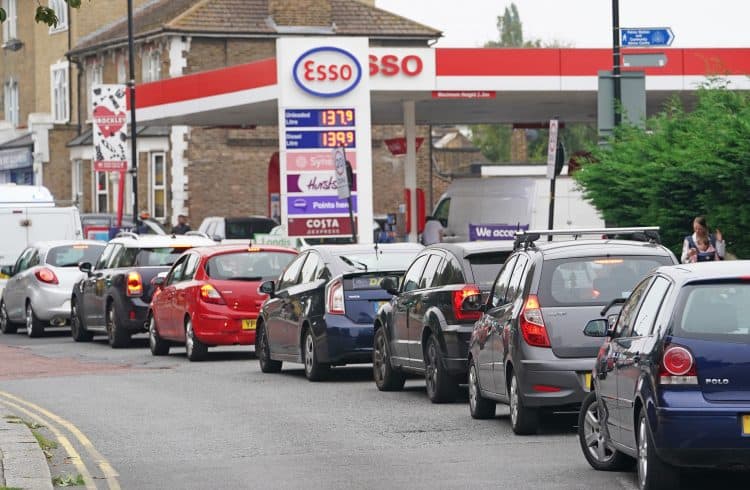 Did you rush to get petrol yesterday or did you happen to walk past a garage. If you did it is likely that it was choas, as people rushed to buy fuel.

To try and solve the crisis Grant Shapps s defended his foreign visa plans to solve the HGV driver shortage as he accused a haulage group of sparking petrol station queues.

The transport secretary has said “there’s plenty of fuel” in the country as he urged motorists to only fill up “when they need to”.

A shortage of fuel tanker drivers has forced some retailers to shut their pumps and ration sales.

But the UK has an estimated shortfall of 100,000 HGV drivers, according to the Road Haulage Association (RHA), which blamed a “cocktail of chaos” for the crisis.

Of course the major news outlets sent reporters to get footage from these huge queues of frustrated drivers.

BBC journalist Phil McCann was at a petrol station in Stockport to give us the latest on supplies and the extent of ‘panic buying’ from the public.

Labels and plastic bags were placed on the pumps, and cars were shown pulling in only to drive away seconds later

Social media user where quick to pic up on his name

The BBC and the journalist himself also made light of it.