Despite spending four nights in hospital as he struggled to breathe, Richard Fairbrass is still calling anyone who has had the vaccine 'foolish'. 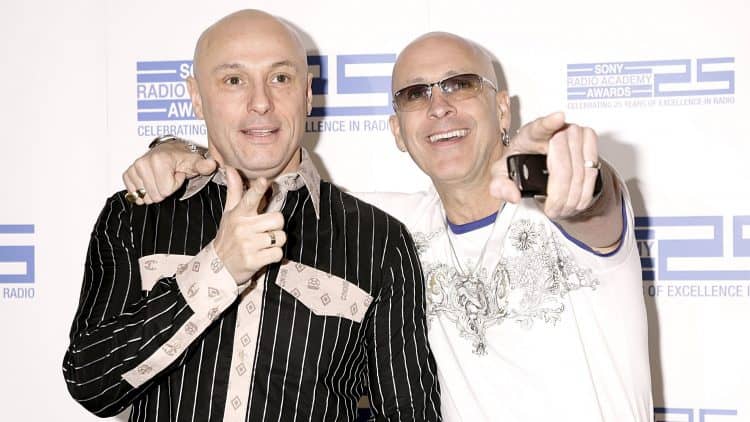 Richard Fairbrass, who has attended anti-lockdown protests in London with his Right Said Fred bandmate brother Fred Fairbrass, has been hospitalized with Covid-19 but still want get the vaccine.

The Right Said Fred singer needed oxygen as he struggled to breathe and spent four nights in hospital before he was sent home to recover.

His hospitalisation comes six months after he branded the vaccination a ‘scam’.

Richard told the MailOnline: ‘I’ve had a bit of Covid, it wasn’t too bad. I was a little breathless, I felt very tired.

‘But full credit to the NHS, they were non-judgemental and very open to how you wanted to be treated – and my treatment was just keeping my oxygen levels up for a week.’

He claimed: ‘This vaccine is only for experimental use, it’s on trial until 2023, there is no long-term data on it – anyone who takes it is foolish.’

He claimed to The Sun in February this year: ‘I believe the whole thing is a scam. I really do. I’ve been asked to have my vaccination, but I have refused.

‘I look at it in the same way that people were advised to keep smoking because it was good for the throat. Or, “Isn’t asbestos great – it’ll keep your farm clean.”

There was a lot of sympathy with him getting Covid, regardless of his views, but there were also people exasperated at his choices which have clogged up an already full NHS.

I'm all for personal choice and freedom but when you end up in hospital as a result of your choice and having to use a machine to carry out the basic task of breathing, grow a pair, hold up your hands and admit you may have been wrong. #Rightsaidfred

If the Right Said Fred #covidiot had taken the vaccine, he probably wouldn’t have wasted #nhs resources by being rushed to hospital in an ambulance and then given oxygen for 4 days in hospital by tired, caring staff.

He won’t give a toss about this, but I do. #GetVaccinated

Richard Fairbrass. Anti vaxxer. Hospitalised with Covid-19. I don't think there's a shirt on the planet he's too sexy for now. #rightsaidfred#shrugsshoulders#antivaxxers pic.twitter.com/G4zIORmixc

Never in my life would I have thought that #Rightsaidfred would be trending! As always, Phoenix Nights and #peterkay got it right: "Busy? They're a Right Said Fred tribute band. How the bloody hell are they gonna be busy?"https://t.co/SGZAewOZSl

An important line: “But full credit to the NHS, they were non-judgemental..”

The NHS is here for everyone. We want you to be vaccinated. If you’re not, you’ll be cared for without judgement. Your health is our concern. #NHS #Rightsaidfred https://t.co/21e68PFkSH via @MetroUK

I feel sorry for Richard Fairbrass. He's fallen down a rabbit hole of covidiocy and conspiracy and it's put his health at risk and the NHS under further strain. Shame there's nobody in his life who can shakes some sense into him. https://t.co/Ep4cIIQLNQ

Apparently he is just fine with taking up a hospital bed and staff resources for 4 days rather than having a little vaccine and freeing those resources to help clear the NHS backlog https://t.co/FsR24vWjhf

Right Said Fred anti-vaxxer Richard Fairbrass has #COVID19. He’s in hospital, likely being treated with dignity and compassion by doctors such as my daughter, who, alongside so many colleagues are exhausted and exhausted by this pandemic. Hope he recovers, wish he’d learn…

Richard Fairbrass just doing his bit to help stop the NHS from dealing with other things like Cancer, because they're dealing with the epidemic of the unvaccinated Covidiots.