Some people in the crowd supported his rant and cheered along with him as he shouted. 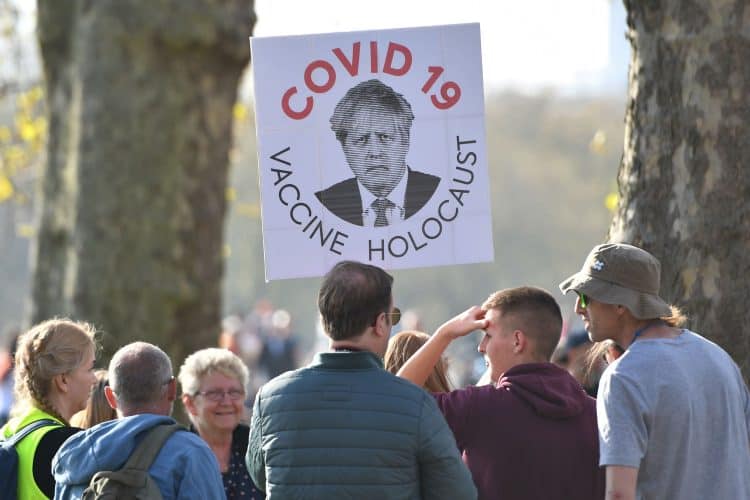 Another day another anti-vaxxer getting VERY angry.

It comes as England’s chief medical officer has urged people not to delay getting their Covid-19 vaccine, saying there are some “very sick” young adults in hospital with the virus.

Professor Chris Whitty branded it “stark” that the majority of Covid patients have not had a jab.

He said he had spent four weeks working on a Covid ward and told how many “regret delaying” their vaccination.

His comments came as new figures showed that 55% people in hospital with the Delta variant – which is dominant in the UK – have not been jabbed.

The data from Public Health England (PHE) also shows that 74% of people under 50 in hospital with the variant had not been vaccinated.

Now a clip of an anti-vaxxer going on a very angry rant has gone viral. It took place at the San Diego County board of supervisors meeting on August 17th.

It was posted on Twitter by San Diego Union-Tribune reporter Phillip Molnar.

Screaming into the mic, he shouted: “Do you think that the four feet of marble that holds you above, high in this chamber, will help you from the fate of humanity which you are unleashing? No, it won’t!”

Some people in the crowd supported his rant and cheered along with him as he shouted.

He continued: “Your children and your children’s children will be subjugated. They will be asked, ‘How many vaccines have you had? Have you been a good little Nazi?’”