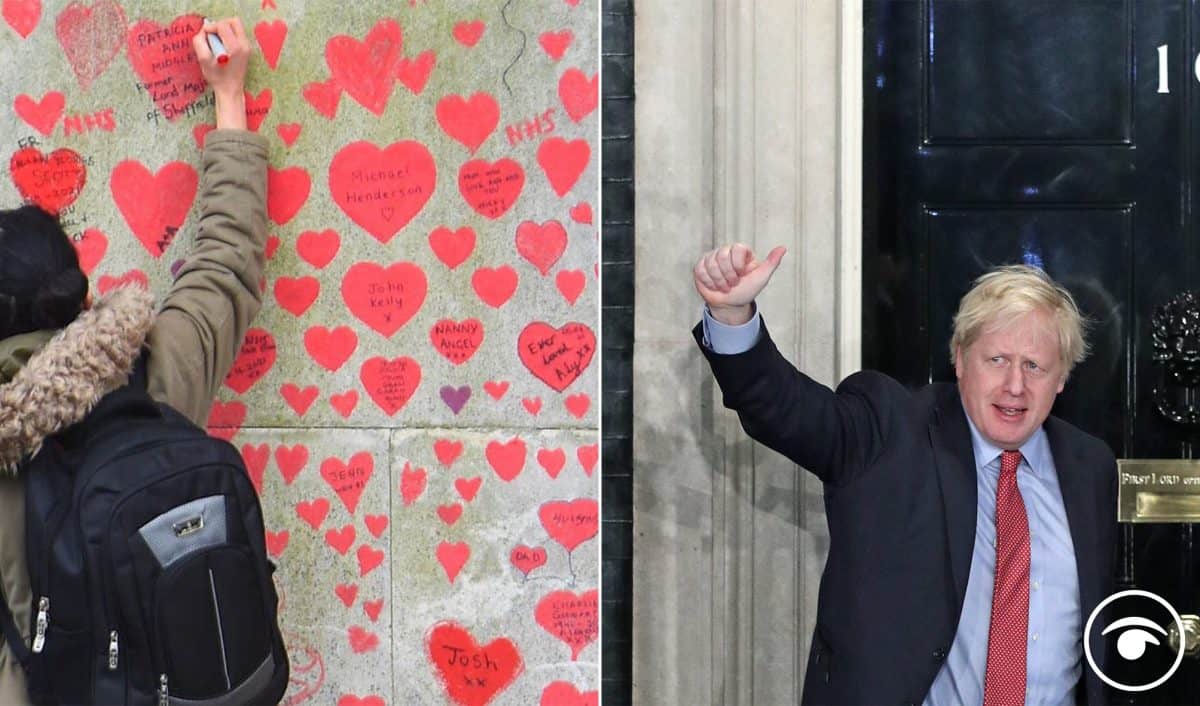 The PM has denied saying he was prepared to let “bodies pile high” rather than order another Covid lockdown. It comes as he said that there is no ‘capacity’ for a Covid inquiry, which has been described as ‘an insult to the bereaved.’

To add to the Mail’s claims ITV’s Robert Peston wrote a blog post in which he said:

“To be clear, Downing Street has issued a straight denial that the prime minister ranted in that extreme way about how there would never be a third lockdown (which of course there has been).

“That said, I am told he shouted it in his study just after he agreed to the second lockdown “in a rage”. The doors to the Cabinet room and outer office were allegedly open and supposedly a number of people heard.

“I am bothering to repeat this assertion about what the prime minister said because two eyewitnesses – or perhaps I should say “ear witnesses” – have corroborated the Daily Mail’s account to me.Also these sources insist they did not brief the Mail, so that suggests there are three sources.”

Asked if he made the comments, Mr Johnson told reporters in Wrexham: “No, but I think the important thing I think people want us to get on and do as a Government is to make sure that the lockdowns work.

He insisted the “stuff that people are talking about” in Westminster were not issues being raised on the doorstep ahead of the May 6 elections.

As these claims swirl around Westminster the Government has told bereaved families it has “no capacity” at present to launch a public inquiry into the handling of the coronavirus pandemic.

An inquiry “now is not appropriate” and people who would need to give evidence are “working round the clock” to keep society safe, families were told in a six-page letter from the Government Legal Department.

The letter, sent on April 1, says the Government’s response is at a “critical phase” and all efforts are focused on this “monumental challenge”.

It adds that the Prime Minister “has already made clear that there will be an independent inquiry at the appropriate time, which is not now”.

It reads: “There is simply no capacity for Government to pause these efforts and divert resources to an intensive independent inquiry.

“The very people who would need to give evidence to an inquiry are working round the clock to respond to the pandemic and keep us all safe.

“It is not anticipated that the Government’s workload will ease in the coming months.

“The Prime Minister and Secretary of State are clear that there should be no diversion from the Government’s effort in responding to the virus.”

The group is calling for an independent, judge-led inquiry with a rapid review so lessons can be learned in time for any third wave.

Co-founder Jo Goodman questioned how the Government can be “too busy to answer to a judge-led inquiry, and yet have time to conduct in-house parliamentary inquiries?”

She added: “How long will grieving families be left without answers, without assurance that the mistakes that led to our loved ones’ deaths are not repeated?

The group also hit out at claims, reported in the Daily Mail, that Boris Johnson said he would rather see “bodies piled high in their thousands” than order a third lockdown.

The paper did not give a source for the allegation, which has been denied by ministers and by the PM, who called it “total, total rubbish”.

Matt Fowler, co-founder of the group, said: “It’s caused absolute uproar and outrage among members, they fear there is a flippancy attached”.

He added: “These callous comments will have caused untold hurt to hundreds of thousands of us across the whole of the country.

“This demonstrates exactly why an urgent inquiry is so vital, to understand the decisions, rationale and consideration in protecting our loved ones that the Government chose.”

a year ago the PM joked to manufacturers that their project to build more ventilators was ‘Operation Last Gasp’ pic.twitter.com/RTLe4LezME

The most damning thing you can say about this is you can entirely imagine him saying it. https://t.co/f7Bi3K3swv

Autumn 2020: "No more f***ing lockdowns! Let the bodies pile high in their thousands"

How it started How it's going pic.twitter.com/c4TnY2xNRC

Me at 9pm yesterday: Better stay offline until I've seen Line Of Duty, it's not like I'll miss much on a Sunday night

Me at 9am today: JESUS FUCKING CHRIST https://t.co/M9J3V2JCkv

Ministers who sacrificed their integrity to protect Dominic Cummings after Barnard Castle haven’t got any left for Boris Johnson. It’s pitiful.