"I'm a bit bored with everyone moaning about rising prices, food shortages and the petrol crisis, so I'm spending the week in a luxury villa in Marbella," wrote the Parody Boris Johnson Twitter account. 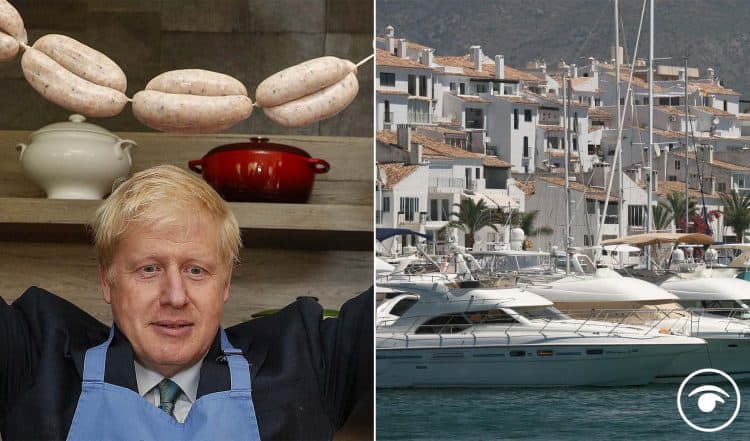 Are we are in this together?

It doesn’t seem that way.

As the UK faces empty shelves and Britain’s supply chain crisis continues, the PM has jetted off on a sun-kissed break, according to the Mirror.

Johnson is understood to be staying in a private villa on the Costa del Sol, where temperatures yesterday were a very pleasant 24C (75F).

Mr Johnson’s holiday has been seized on by critics, who will point out that he has left the country in the middle of a fuel crisis and with families facing a predicted ‘winter of discontent’, surging energy prices and stock shortages.

A Spanish police source told the Sunday Mirror: “Officially we can’t confirm, but unofficially he’s in a big luxury villa on the border between Mar-bella and Benahavis.

“We have been made aware that the British Prime Minister is staying and so we are all being extra vigilant. We know how important he is globally and what a potential target he is so there are extra patrols over the next few days.”

It isn’t his first controversial trip. Back in December 2019, the PM and Carrie took a luxurious winter break to Mustique.

He was later criticised by the MPs standards watchdog for failing to properly explain how the £15,000 holiday was funded.

Related:Johnson eager for beaver as a dream weaver for the deluded Leaver