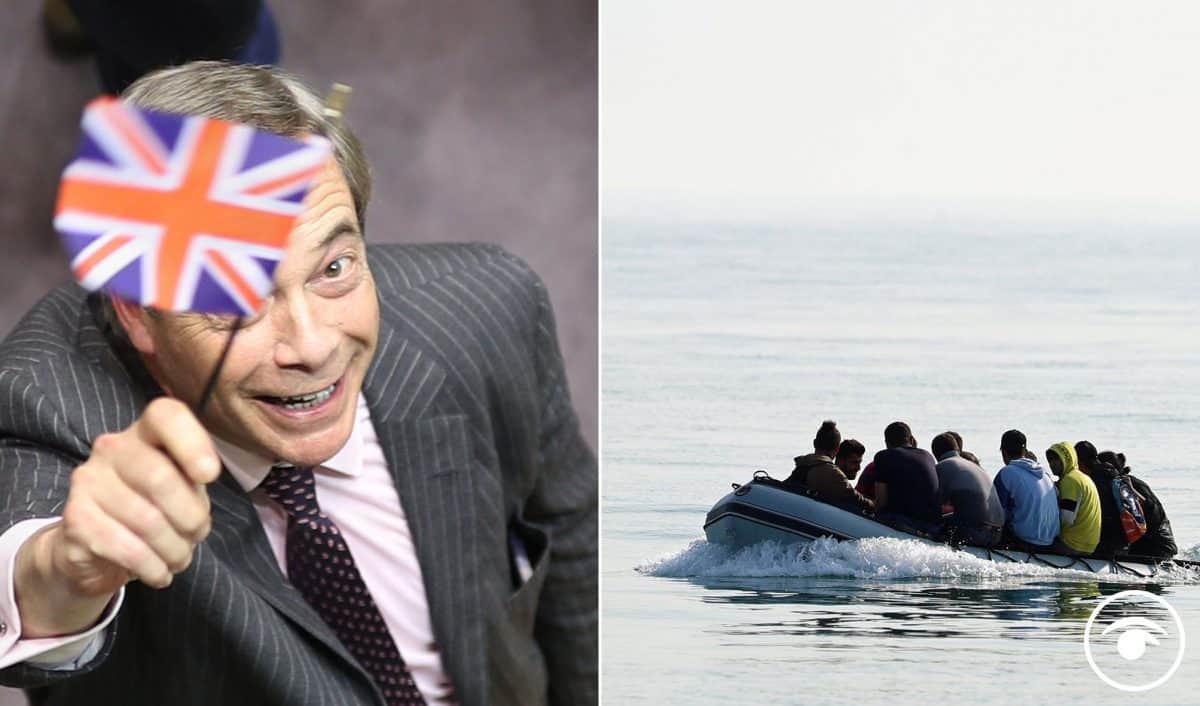 Image of people on boat an image from PA not the people in question yesterday.

The Home Office has rejected claims by Nigel Farage that 12 asylum seekers who arrived at Dover yesterday and they all tested positive for Covid.

He posted the allegation on Twitter yesterday, demanding that Priti Patel ‘gets a grip.’ The claim was retweeted thousands of times.

The Home Office took the unusual step of publicly responding to his claims – initially saying none of the 12 had tested positive for Covid, before later revising the figure to one.

A spokesman said: “Border Force has dealt with a number of small boat incidents today. Contrary to reports claiming multiple arrivals tested positive for coronavirus, just one person has tested positive and will be dealt with in line with public health guidance.

“People should claim asylum in the first safe country they reach and not risk their lives making these dangerous crossings. We are continuing to pursue the criminals behind these illegal crossings.”

Before Farage’s claim was debunked, some called Roberta Ramsay replied to his Tweet and said “Thank goodness they are safe and were tested.’