"This’ll be why Nelson Mandela sat on his arse in prison all those years. Just knew he couldn’t compete." 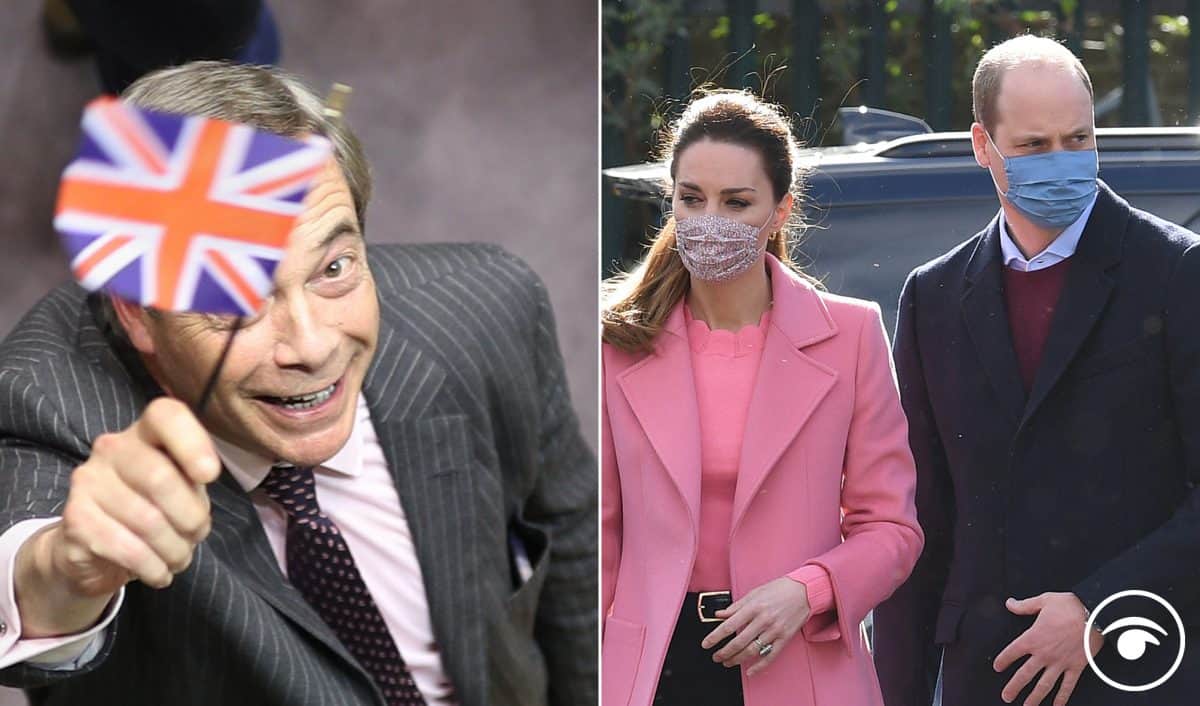 The Duke of Cambridge has defended the monarchy against accusations of racism made by the Duke and Duchess of Sussex, saying: “We’re very much not a racist family.”

William made the comment during his first public appearance since highly damaging claims of bigotry and a lack of support were levelled at the royal family by Harry and Meghan, in their interview with US chat show host Oprah Winfrey.

William also said he has yet to speak to his brother Harry about their disclosures, which drew a global television audience of nearly 50 million, but said he will.

With his wife by his side the duke was asked: “Is the royal family a racist family, sir?”

The duke said: “We’re very much not a racist family.”

According to The British Royal Family has done more for people of color than anyone “in history,” Nigel Farage has said as he waded into the constitutional crisis.

“The queen and the royal family have spent the last 70 years touring around the commonwealth. The vast majority of those people are black and Asian,” Farage told Newsmax’s Greg Kelly on Wednesday.

“Nobody in the world, in history, has done more for people of color than the British royal family,” he said.

Nigel Farage: "Nobody in the world, in history, has done more for people of color than the British royal family." pic.twitter.com/CVv8iF6d5l

His comments sparked a lot of reaction, as you can imagine.

Ok and on line 1 we’ve got Martin from Atlanta. What’s your point Dr King?

and on line 2, Nelson from Robben Island…

and on line 3 we’ve got Rosa from Montgomery, Alabama

Replace "for" with "to" and it's accurate. Prepositions are important! https://t.co/PsD2HPTGfE

This’ll be why Nelson Mandela sat on his arse in prison all those years. Just knew he couldn’t compete. https://t.co/rENbp0PR2v

Yeah…remember when they came over and gave us all those diamonds? https://t.co/FgzLrQn4y9

In fairness he did not specify that the things done for people of color were positive https://t.co/XV19VeMJ3i

Yeah Ok. Tell yourself that. pic.twitter.com/s6HfCSZH70