Should Nigel Farage be knighted for his services to British politics? The Daily Express wants you to vote. 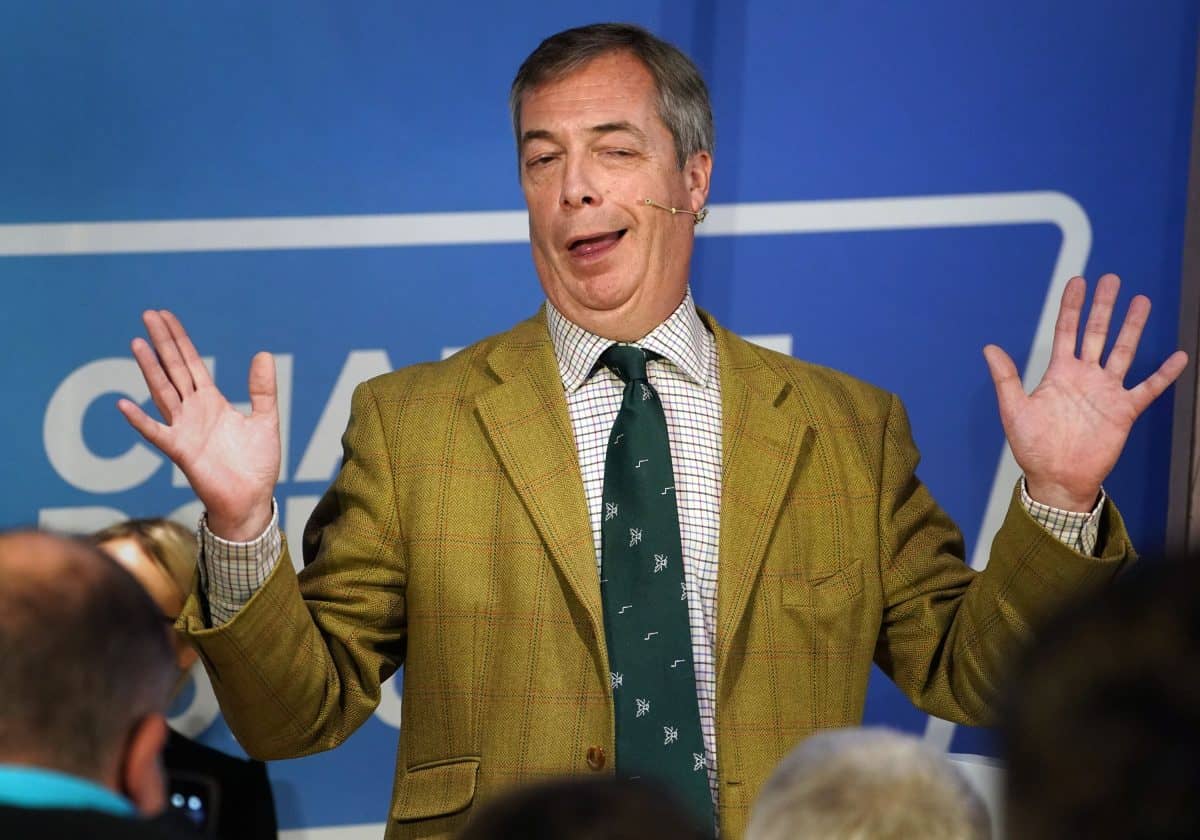 Nigel Farage has announced – yet again – that he is quitting politics for good after three decades wrestling Euroscepticism firmly into the British political mainstream.

In an interview with the Telegraph, the ex-UKIP leader said he would spend his time fighting Britain’s culture wars, wistfully reflecting that he had “knocked on his last door”.

Farage has claimed to be exiting frontline politics before, most notably after the 2016 referendum, saying “I want my life back”. But he was back at the head of the Brexit Party within two years, leading them to a winning haul in the 2019 European Parliament elections.

“Now’s the moment for me to say I’ve knocked on my last door. I’m going to step down as the leader of Reform UK,” he said, referring to the rebrand of the Brexit Party, which Farage positioned to oppose lockdown restrictions last year.

“I’ll have no executive position at all. I’m quite happy to have an honorary one, but party politics, campaigning, being involved in elections, that is now over for me because I’ve achieved the one thing I set out to do: achieve the independence of the UK.”

Political eulogies have followed, notably from the Daily Express, which is asking its readers whether Farage should be handed a knighthood. What do you think?