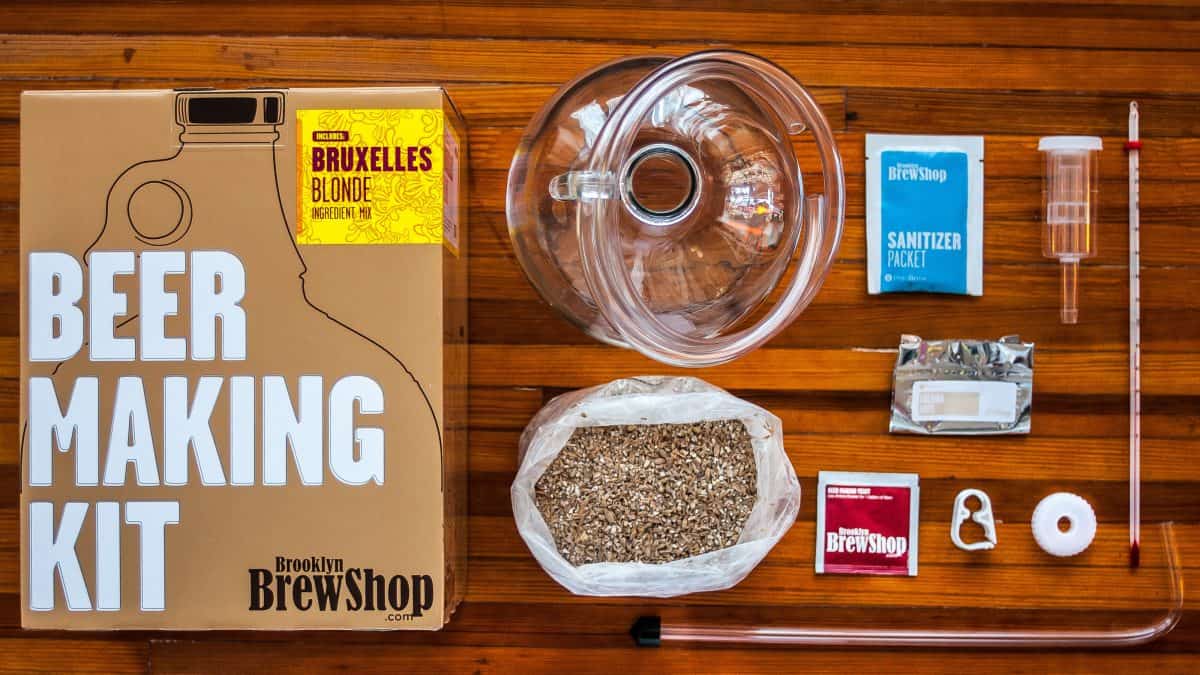 With UK pubs set to remain closed until April, at the absolute earliest, HonestBrew has launched a new selection of homebrew beer making kits.

Providing beer lovers the chance to enjoy a proper pint at home, HonestBrew’s new homebrew kits include everything needed “to recreate that fresh pint feeling”. Ingredients are also included with each kit, while the equipment is all reusable, making it possible to easily prepare another batch of beer after brewing the first. The homebrew kits include ingredients and instructions to brew the likes of an ‘Everyday IPA’,  Bruxelles Blonde Beer, BrewDog’s Elvis Juice Grapefruit IPA, and their flagship Punk IPA.

The UK’s largest independent craft beer retailer, HonestBrew delivers the best selection of beers nationwide, championing independent breweries. In addition to the online bottle shop and HonestBrew subscription, HonestBrew Membership is also offered for free, providing access to a number of benefits. As well as offering members 15 per cent off, the HonestBrew Price Promise credits the member’s account if another retailer lists the same order for less, while the Great Taste Guarantee credits members’ accounts for beers ordered and disliked. Early access to new releases is also offered. To join, members must top up their account with a minimum of £10 per month.

Available in collaboration with Brooklyn Brew Shop, the homebrew kits are priced from £44.99 (£41.62 for members) and contain all of the grain, hops, and yeast to produce the first batch of each respective beer. A racking cane is also included alongside a thermometer, tubing clamp, glass fermenting jug, cleanser, airlock, clear vinyl tubing, and a screw-cap stopper. A large sauce pan or stock pot (6L+) is also required but not included, as well as a funnel, strainer or sieve, and glass bottles. You’ll also need some ice and honey.

As for brewing, the whole process is fairly involved, unlike with those high street brewing kits that complete most of the hard work before purchase. The HonestBrew kits, however, are fun, insightful, and the results are far greater than those unnamed, uncarbonated golden ales in your uncle’s garage. Each of the brewing steps brings a great sense of achievement, and by the time the beer is ready to drink, it’ll feel well deserved.

The HonestBrew homebrew process begins with sanitising to keep everything clean, ultimately giving the beer its best chance to succeed. Next, the mash is one of the most labour intensive and time consuming processes, in which sugars, colour, and flavour are extracted from the grain by steeping it in hot water. The mash is then sparged to draw out all of the sugars created during the mash, producing the wort, which eventually ends up as beer. Once sparged, the wort is simply boiled for an hour, with hops added at this point. The beer is then fermented and left alone to become alcoholic. After two weeks, or when the bubbling stops, the beer is ready to bottle with a little extra sugar to help it carbonate. Two weeks later, your efforts will have paid off with the beer ready to enjoy with friends and family (outside, for now).

The new homebrew kits are available from the HonestBrew website, priced from £44.99 (£41.62 for members).

RELATED: Beer of the Week: Beavertown The Rule of Three