"So LBC has Rachel Johnson interviewing her father Stanley about the policies of her brother the prime minister. And some people claim the UK is rife with nepotism...:" 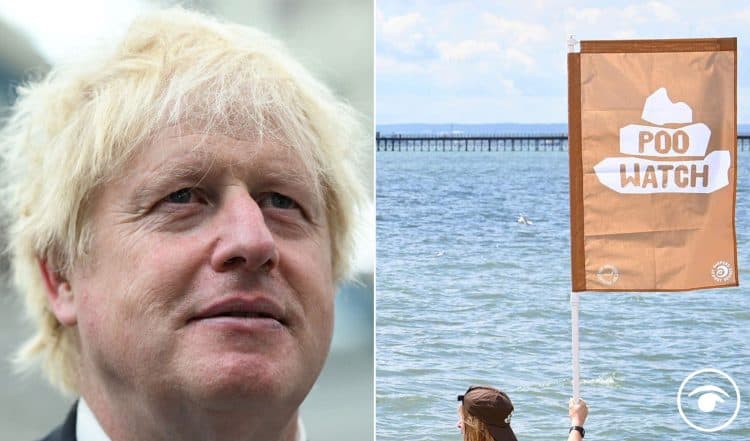 The Government’s failure to control the water industry is to blame for the “sorry mess” of sewage pumped into Britain’s beaches, an environmental campaigner has said.

In case you have missed it, here’s one beach closed off to the public as raw sewage is pumped into the sea.

Feargal Sharkey said three decades of poorly regulated profiteering among water companies and a “vacuum of political oversight” had resulted in a state of “extraordinary chaos”.

Reacting to reports that monitors being used for measuring the levels of sewage in the sea are faulty, he warned that beach-goers have no clear picture of the amount of waste in the water they swim in.

Mr Sharkey told BBC Breakfast: “It appeared yesterday that over the last six years water companies have now spent almost nine and a half million hours dumping sewage into the environment.

“And if the data is as faulty as it seems, that number could be a multiple of that by another multiplier of your choosing.

“It’s just a desperate sign of the extraordinary state of chaos that this industry has managed to get itself into.”

The Johnson family have also turned on Boris Johnson’s government for letting our waterways become polluted.

Rachel interviewed her dad, yes really, Stanley Johnson, and they seemed to blame Boris for the environmental crisis on our coastlines and river systems.

Before we get there, this picture shared by Toby Earle might sum up the Johnson bonanza on LBC.

So over to Stanley who tells his daughter that the increase of sewage in UK’s waterways means: “I would say we have to blame the Government!”

It seems like the Johnson closed loop system was becoming murkier by the minute.

Related: Oh the irony! Tory MPs call for a stop to sewage being dumped in the sea