"Has the country got any faith in the met police?? Maybe they should send out a questionnaire & ask us." 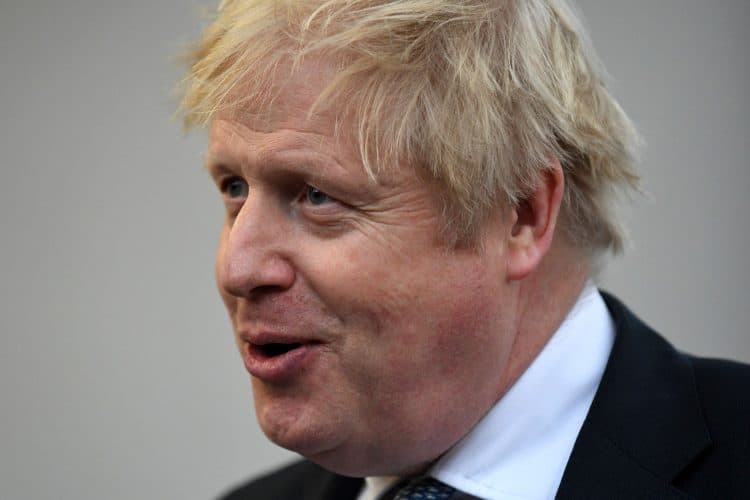 Downing Street has said the Prime Minister’s responses to his police questionnaire into gatherings at Number 10 would not be made public.

But Boris Johnson insisted he will have “a lot more” to say on the partygate row once the police investigation is concluded.

The Metropolitan Police has sent the questionnaire to approximately 50 people as it investigates 12 gatherings at Number 10.

On an official visit to Scotland, Mr Johnson was asked whether he had responded to the police questionnaire yet.

He told reporters: “All that process has got to be completed before I can say anything more, but I look forward to telling you a lot more in due course.”

But the PM’s official spokesman said: “As we said on Friday, we will respond as required. As you know, I think the Met made clear that that was in seven days, so we will comply with that requirement.”

Asked if the responses would be made public, the spokesman said: “No.”

The Prime Minister may face growing calls to resign if he cannot convince police he was not in breach of regulations, and has reportedly begun preparing legal advice.

As he employs the help of personal lawyers, the Telegraph cited Mr Johnson’s allies in reporting he plans to argue he was working in his official Downing Street flat on the night of the alleged “Abba party” in November 2020.

The Times reported that even if he is fined he will not resign, in a move that would be likely to trigger Tory MPs to force a vote of confidence in his leadership.

Scotland Yard says the questionnaires ask for an “account and explanation of the recipient’s participation in an event” and have “formal legal status and must be answered truthfully”.

Fifteen Tory MPs have publicly called for Mr Johnson to quit, while more are thought to have privately written to the 1922 Committee of backbench Tories calling for a no-confidence vote.

More are poised to do so if the Prime Minister is found to have broken his own coronavirus laws, or further damaging details emerge from the Sue Gray inquiry.

He will face a vote of no confidence if 54 Conservative MPs write to 1922 Committee chairman Sir Graham Brady, and would be ousted if more than half of his MPs subsequently voted against him.

Police are investigating a total of 12 gatherings in Downing Street on eight dates in an inquiry called Operation Hillman, which is examining whether Covid restrictions were broken.

The Prime Minister is believed to have attended at least of the events.