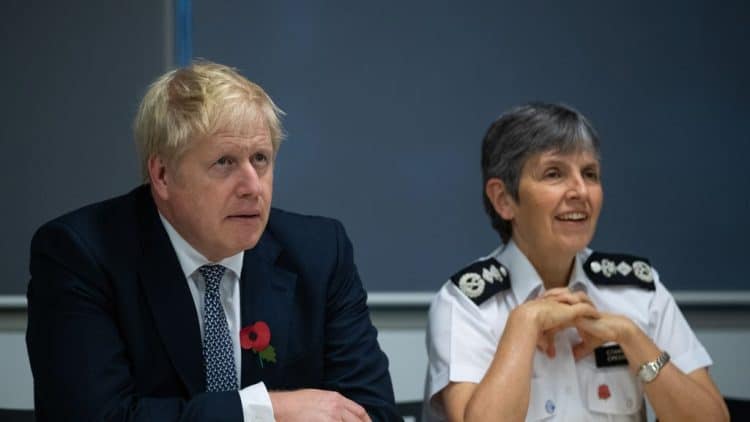 Dame Cressida Dick’s resignation as Commissioner of the Metropolitan Police has sparked polarised reactions, with critics “delighted” while supporters are “deeply saddened”.

In a statement on Thursday, Dame Cressida said she will stand aside because London Mayor Sadiq Khan “no longer has sufficient confidence in my leadership to continue”.

The news comes a week after Mr Khan said he was “not satisfied” with the Met Commissioner’s response to calls for change following a series of scandals including the murder of Sarah Everard by serving officer Wayne Couzens, as well as racist, misogynist and homophobic messages exchanged by officers at Charing Cross police station.

Alastair Morgan, who has spent decades campaigning for justice for his brother Daniel, who was killed with an axe in a pub car park in Sydenham, south-east London, in the 1980s, said Dame Cressida has “disappointed” his family on every level.

Speaking to the PA news agency, he said: “The first time I dealt with Cressida Dick was in 2012 and since then all she has done in relation to my family is just delay, obstruct and disappoint on a huge level.

“Although I think it is a shame that we are seeing another commissioner disappear under a cloud of smoke, it is necessary.

“My only anxiety now is who is going to replace her and face the massive job in front of them of rebuilding confidence in the Met.”

Former Conservative MP Harvey Proctor, whose house was raided by officers from the Met’s failed Operation Midland launched in reaction to false allegations by jailed fantasist Carl Beech about a murderous VIP paedophile ring, said he was delighted by the news.

“It is now time to clean the Augean stables so that a full inquiry can be conducted on all her personal mistakes,” he said.

Campaign group Reclaim These Streets, which is bringing a legal challenge against the force over its handling of a Sarah Everard vigil, simply tweeted: “Good Riddance.”

Co-founder of the group, Anna Birley, told the BBC she hoped Dame Cressida’s replacement was a feminist.

“I hope that they’re a feminist, I hope that they are somebody who acknowledges that there is a problem because that was something that we found really frustrating over the past months, the lack of willingness to even acknowledge that a problem exists, because without acknowledging that it’s very hard to fix it.”

Patsy Stevenson, who was arrested at the vigil, was pleased that Dame Cressida had gone.

“We need to focus as well on this not being a token gesture,” she said.

“This does not fix anything, and I just hope that whoever is in charge next understands that radical change needs to be implemented to fix the systemic issues within the Met.”

“The replacement must be committed to serious reform and building trust back into the Met.”

Liberal Democrat leader Sir Ed Davey also thanked her, but added “a change of leadership in the Met is long overdue”.

He also demanded that Mr Johnson “publicly recuse” himself over the appointment of her successor due to the ongoing Met investigation into parties held in No 10 during Covid restrictions.

It was a tone struck elsewhere as social media lit up with reaction.