The BBC director-general and chairman addressed Emily Maitlis’ speech while appearing before a Digital, Culture, Media and Sport Committee. 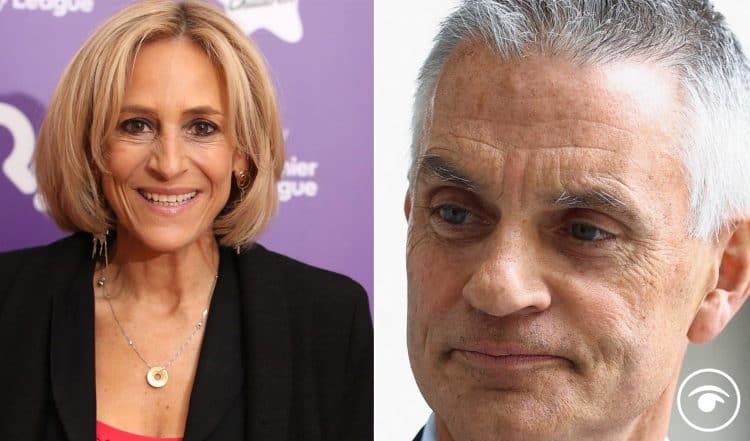 BBC bosses have disagreed with comments made by Emily Maitlis following her recent criticism of how the corporation handled her Newsnight speech about Dominic Cummings.

Here is her speech:

Maitlis, 52, joined the BBC in 2001 and presented Newsnight from 2006 until earlier this year when she left the broadcaster for rival media group Global.

Last month she delivered the MacTaggart Lecture at the Edinburgh TV Festival where she criticised the BBC’s response to the 2020 Newsnight instalment during which she opened the episode by saying Dominic Cummings, then Boris Johnson’s chief adviser, had “broken the rules” with a lockdown trip to Durham and “the country can see that, and it’s shocked the Government cannot”.

In her lecture to the audience in Edinburgh, Maitlis said the BBC “sought to pacify” Number 10 by issuing a swift apology for her monologue and she said she also felt her introduction received “way more attention than in truth it ever deserved”.

The corporation’s director-general Tim Davie said while he thinks she is an “outstanding journalist”, he disagrees on her criticism of the BBC’s handling of the Cummings monologue.

Appearing before a Digital, Culture, Media and Sport Committee (DCMS) on Tuesday, he said that political interference within the BBC and the process by which Newsnight made the decision to apologise for her speech are two separate things.

The broadcaster received more than 20,000 complaints and ruled Maitlis had breached impartiality rules, saying in a statement: “We believe the introduction we broadcast did not meet our standards of due impartiality.”

He later added: “Emily is an outstanding journalist, I respect her opinion but we disagree on this.”

Speaking ahead of him in the DCMS session, BBC chairman Richard Sharp said Maitlis was “completely wrong” to suggest that “due process wasn’t followed”.

He said: “I was at the MacTaggart Lecture and so I found her lecture where she raised this … extremely interesting. And she was addressing a very important issue, which was a global issue of how news can operate in an environment of heightened political tension.

“She obviously drew on certain issues related to the United States and then she turned her comments to the BBC. It’s worth saying just so there’s no misunderstanding, Tim was not director-general at that time, I was not the chair of the BBC at that time.

“But obviously, I’m familiar in detail with the processes. So I can say that while I thought the issues she raised were worthwhile and very good, she was completely wrong on saying that due process wasn’t followed”.

“I think probably to my mind, that reflected also the fact that I disagree with her view of impartiality, which may mean that she can lead with her own opinions and follow with the facts.

“The issues around why it was found both by us and then Ofcom subsequently, that we had appropriately addressed the issue, was because she led with her opinions and as a great journalist, it wasn’t that her instincts were wrong, the issue is how the BBC does what it does, which is we have to provide the facts in an impartial way to the audience and allow them to draw their own opinions”.

In an apparent reference to Theresa May’s former communications director Sir Robbie Gibb, during her MacTaggart speech Maitlis had said: “Put this in the context of the BBC Board, where another active agent of the Conservative party – former Downing Street spin doctor and former adviser to BBC rival GB News – now sits, acting as the arbiter of BBC impartiality.”

Mr Davie said Sir Robbie’s role within the BBC is that of a board member and he feels that everyone on the board should support him and the executive teams to deliver impartiality.

He told the DCMS session: “I think everyone coming to the BBC, on the board, puts the BBC first and supports me personally and the executive teams to deliver impartiality.”

When discussing Sir Robbie previously liking a tweet which was described by a DCMS Committee member as “party political”, Mr Sharp said that non-executives should “seek to avoid getting involved in matters of controversy”, but qualified that they are not required to.

He added: “I’d prefer that non-execs refrain from tweeting around controversial or partisan issues”.

Mr Sharp added that he had been informed that Sir Robbie did not in fact like the tweet in question but that he accidentally pressed the “like” button while scrolling through his Twitter feed.

The chairman also said that Maitlis appearing to describe Sir Robbie as an “active agent of the Conservative Party” within the BBC was “completely wrong” and he was “disappointed” the former BBC presenter made that point.