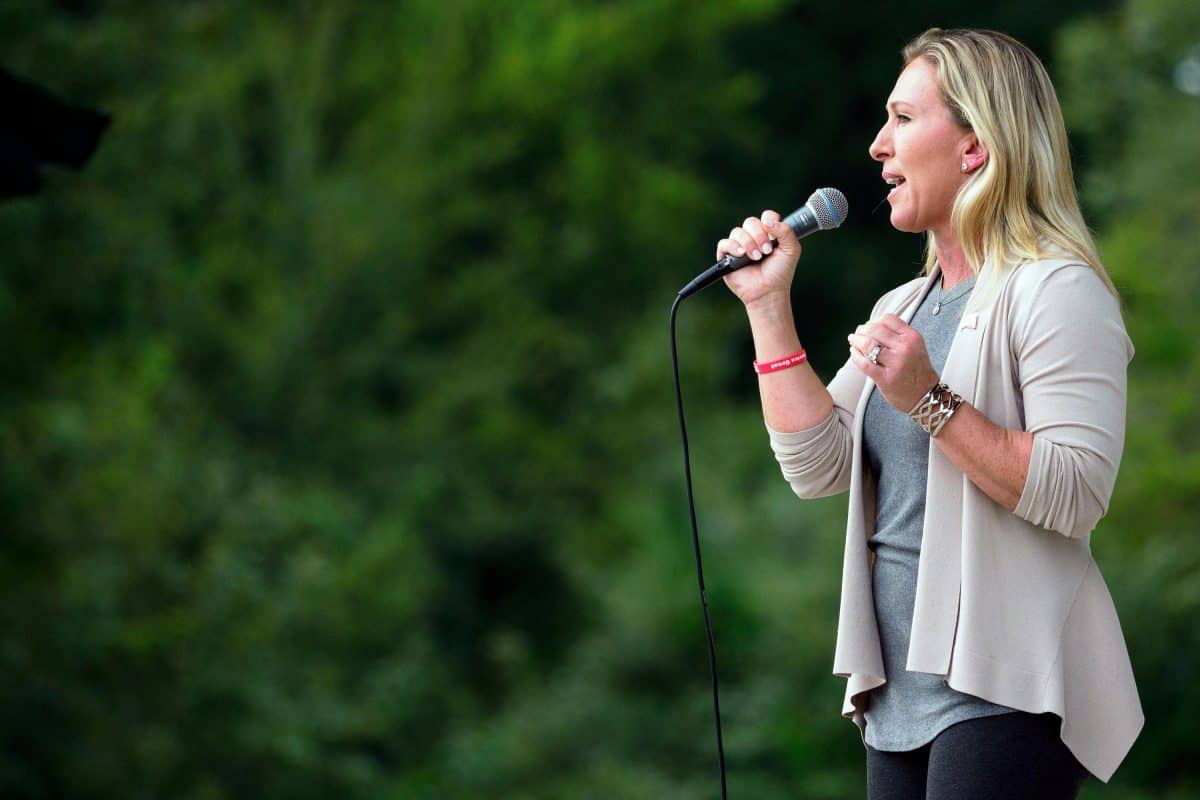 QAnon-promoting Republican congresswoman Marjorie Taylor Greene suggested that “Rothschild Inc” was behind a deadly forest fire that, she claimed in newly-unearthed social media posts, was started by secret laser beams from space.

She made baseless accusation about the Camp Fire in California, which killed 85 people and burned more than 150,000 acres, in a 2018 Facebook post that has since been deleted. In reality, the fire was caused by an electrical fault.

Greene, who was elected to represent Georgia’s 14th Congressional District in November, frequently posted far-right extremism and debunked conspiracy theories on her social media pages – including the viral QAnon conspiracy which casts former President Donald Trump as a saviour in an imagined battle against a cabal of child-abusing celebrities and Democrats. Trump has referred to Greene as a “future Republican star”.

In her post, Greene pointed out that a broad member at Pacific Gas and Electric – where the Camp Fire started – was also the vice-chairman of Rothschild Inc. The firm, she added, had invested in technology to beam solar energy from space down to Earth – and claimed that technology had caused the fire.

“There are too many coincidences to ignore,” she wrote. It is not the first time Greene has espoused overtly anti-Semitic conspiracy theories. In 2018, she shared a Facebook video that hit out at “Zionist supremacists” and advanced the “great replacement” theory – which alleges that Jews are conspiring to undermine white-majority countries by encouraging immigration.

Earlier this week, CNN revealed that Greene had liked a comment that said “a bullet to the head would be quicker” to remove House Speaker Nancy Pelosi. She also liked comments which suggested executing FBI agents who, she believed, were part of the “deep state” working against Trump.

In one Facebook post, from April 2018, Greene – having written about Iran Nuclear Deal – was asked by a commentator, “Now do we get to hang them ?? Meaning H & O ???,” referring to former President Barack Obama and Hillary Clinton.

Greene replied: ”Stage is being set. Players are being put in place. We must be patient. This must be done perfectly or liberal judges would let them off.”

CNN said that Green has since removed dozens of Facebook posts from 2018 and 2019, amid a backlash over wild accusations.

The freshman congresswoman also deleted videos she posted on Facebook Live, where she said Pelosi was “guilty of treason” and will “suffer death or she’ll be in prison” for “treason”.

Another video which surfaced earlier this week, Greene is seen harassing David Hogg – a survivor of the Parkland school shooting and a gun control activist.

In the clip, from March 2019, Greene calls Hogg a “coward” and said he was “paid to do this”, parroting a toxic conspiracy theory that the activism of Parkland students was paid for by billionaire Jewish philanthropist George Soros.

Greene announced earlier this week that she would serve on the House Committee on Education and Labor – an appointment harshly criticised by Pelosi.”

”Or is thinking too generous a word for what they might be doing? It’s absolutely appalling, and I think the focus has to be on the Republican leadership of this House of Representatives for the disregard they have for the death of those children.”