People facing unaffordable rent increases are being classified as "intentionally homeless" if they are forced to leave. 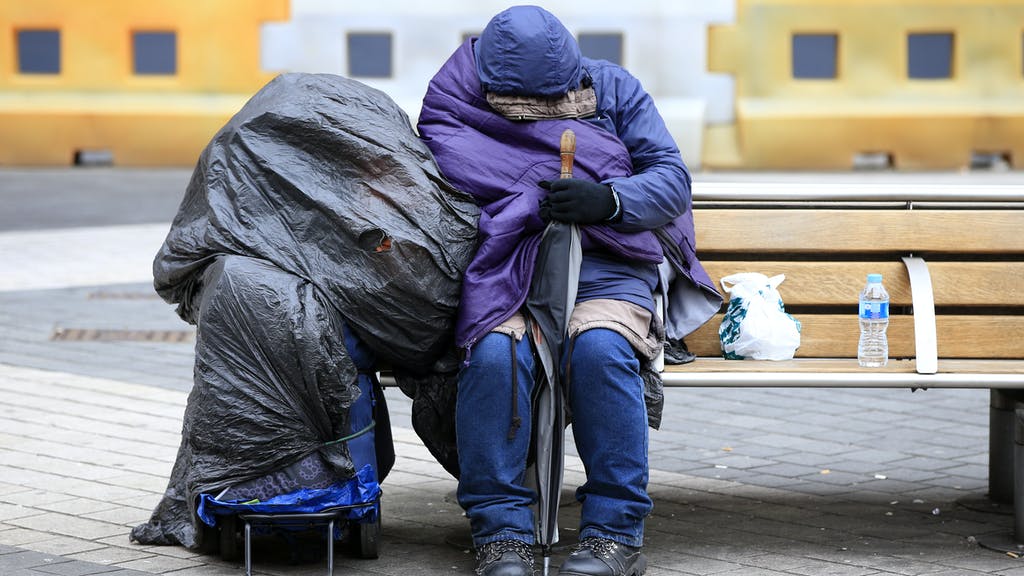 “Families have been torn apart by this – yet it’s almost as if the council isn’t interested.”

These are the words of a frontline support worker dealing with families who have just been made homeless through no fault of their own.

At best shocked, and at worst outraged, the support worker, who asked to remain anonymous, goes on to explain how his local authority frequently informs families that they are ineligible for priority rehousing, citing ‘intentional homelessness’.

Sadly, this situation is not unique. Since 2018, a number of tenants have come forward to say they have experienced similar treatment.

One such case is Jenny, a mother with three children, who was told by her landlord to vacate the family home, or face the threat of legal action.

“The owner wasn’t very nice to us, and started to make threats if we didn’t leave when he told us to,” she said.

Faced with this perilous choice, she presented as homeless to her local council. But Jenny was shocked to discover that despite leaving her property as instructed, she had ‘made herself homeless’ and was not deemed a priority for rehousing.

The consequences were profound. Unable to find permanent accommodation, Jenny was forced to live in a caravan for four years, before finally being rehoused in early 2020.

Her children had to move to other areas of the country to live with friends and grandparents. “We moved from place to place, and every time I spoke to the council, I was told it was my fault,” she explained.

So, why are families denied the housing they so desperately need? But more importantly, why are they blamed for something that is clearly out of their control? How can you be deemed ‘intentionally homeless’ if you have done nothing wrong?

The answer: a combination of the UK’s housing shortage, and the law governing landlords who wish to regain their property.

But these numbers are expected to rise, with the charity highlighting in it its final report into the future of social housing that three million new homes will need to be built in England over 20 years just to keep up with demand.

The charity’s report, ‘This is England: a picture of homelessness in 2019’, identifies local areas across the country where homelessness is at its highest.

London – where private rents are notoriously expensive – comes out worst, with 1 in 52 people now homeless in the capital.

Polly Neate, CEO of Shelter said: “It’s unforgivable that 280,000 people in Britain have been swept up by the housing crisis and now have no place to call home.

“These new figures show that homelessness is having a devastating impact on the lives of people right across the country.”

Such is the shortage of available and affordable housing that rent has been catapulted to unaffordable levels, with many of those on low incomes turning to local authorities for help when they are told to vacate their property.

According to a 2011 study on hidden homelessness in England, 45 per cent of people surveyed satisfied the priority need criteria when they made a homeless application.

However, 46 per cent of these were found to be intentionally homeless and so not entitled to accommodation, suggesting that intentionality decisions perpetuate homelessness rather than tackle it.

Under the Housing Act 1996 a person becomes homeless intentionally if they deliberately do or fail to do “anything in consequence of which they cease to occupy accommodation which is available for their occupation and which it would have been reasonable for them to continue to occupy.”

According to the recently published Homelessness Code of Guidance a local authority is not permitted to take into account conditions peculiar to itself, such as resources and other demands upon it, when making its decision.

The rise in intentional homeless has occurred during the rapid growth of a private rental sector that increasingly favours the landlord over the tenant. This is especially true with news that tens of thousands of renters could lose their homes as the emergency ban on evictions ended this week.

According to data from the 2018 English Housing Survey, 63 per cent of evictions happen when a landlord wants to sell up or use the property for a different purpose.

Landlords who wish to regain their properties must first issue tenants with a Section 21 notice. However, legally they cannot automatically take back their property until the tenant has moved out.

At that point, a landlord must go to court to seek a possession order, after which the tenant is required to leave the property on or before a set day.

Councils say that if tenants give up their accommodation before the process comes to court, they have no obligation to provide long-term housing – they are only compelled to provide advice and ‘emergency accommodation’.

But this is often for prolonged periods, inappropriate and unsuitable in sustaining a normal life with families having to rely on the support of friends or family, or overstretched social services departments.

In 2019, the Department for Housing, Communities and Local Government acknowledged that it was “aware local authorities sometimes advise tenants facing eviction procedures to remain in the property until the court grants a possession order.”

It responded: “The statutory Homelessness Code of Guidance, which local authorities are required by law to have regard to, contains guidance on how local authorities should treat homelessness applications in circumstances where a tenant has received a section 21 eviction notice.”

The government is currently implementing the Homelessness Reduction Act, the “most ambitious homelessness legislative reform in decades.” The Act, which was brought into law in April 2018, resulted in 243,680 households having their homelessness prevented or relieved, according to a review.

However, half of England’s 224 councils raised concerns of a lack of affordable housing as a major barrier when asked what significant challenges they faced in responding to the provisions of the Act.

Around two-thirds (68 per cent) of London boroughs said access to affordable housing was a challenge, compared with 40 per cent of local authorities outside of the capital.

While the government attempts to address the issue of intentional homelessness by placing increased duties on local authorities to assess an applicant’s needs, Liberal Democrat Housing spokesman, Lord Shipley, said there are rumours the government “is going cold on the idea” of banning Section 21 notices outright.

The concerns come as ministers announced this week that the government’s pledge to ban no-fault evictions for renters will be postponed until there is a “stable economic” terrain.