The superyacht's “infinite wine cellar" prompted one of the best corrections of the year from the physics professor. 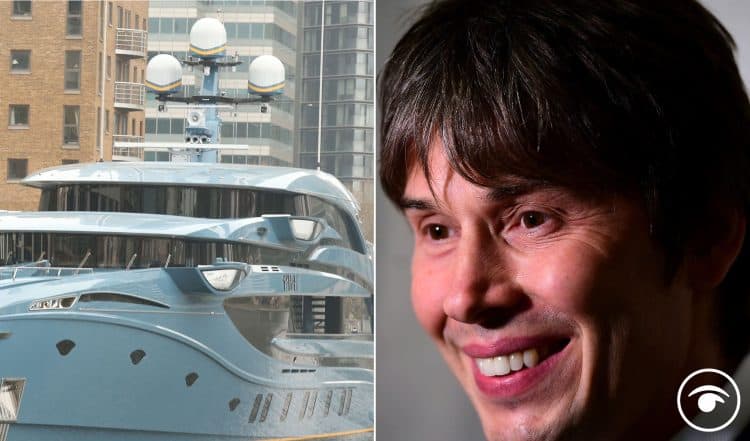 A £38 million superyacht has been detained in London as part of sanctions against Russia, transport secretary Grant Shapps has announced.

The vessel is the first to be detained in the UK under sanctions imposed because of the war in Ukraine.

Phi – named after the mathematical concept – made her maiden voyage last year after being built in the Netherlands.

She is bright blue and features what is described as an “infinite wine cellar” and a freshwater swimming pool.

At 58.5 metres long, she is twice as long as the other boats docked around her in Canary Wharf.

Someone, thought to be a member of crew, has also stuck a paper sign reading “P&O JUSTICE FOR THE 800” to the side of the boat after the company sacked nearly 800 seafarers without notice.

Professor Brian Cox wasn’t having it though and replied: “It doesn’t have an infinite wine cellar. Unless it contains an eternal Kerr black hole, although even then it wouldn’t be a very good wine cellar because you couldn’t get the wine out, at least into our Universe.”

Yes kids science can be fun!