“Fire and rehire is a cruel, outdated, Dickensian working practice that should be consigned to the scrapheap of history." 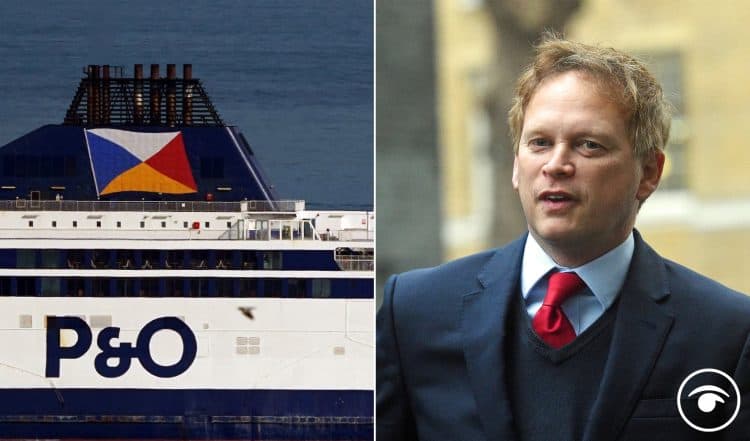 The boss of P&O Ferries has insisted he will not reverse the decision to sack nearly 800 seafarers despite being given “one further opportunity” by transport secretary Grant Shapps.

Re-employing the sacked workers on their previous wages would “deliberately cause the company’s collapse, resulting in the irretrievable loss of an additional 2,200 jobs”, the letter stated.

“I cannot imagine that you would wish to compel an employer to bring about its own downfall, affecting not hundreds but thousands of families.”

When P&O Ferries announced its decision to replace its crews with cheaper agency workers, it stated that the business needed to cut costs to survive as it was losing £100 million a year.

The prime minister’s official spokesman said “commercial challenges” do not provide an excuse to “subvert the law or treat employees in the way that we have seen from this company”.

The response to the government’s failed attempts to stop P&O has been called ‘futile tinkering’ by one union.

GMB has responded to Minister Paul Scully’s comments on fire and rehire in Parliament.

The Department for Business, Energy and Industrial Strategy said a new statutory code of practice would detail how businesses “must hold fair, transparent and meaningful consultations on proposed changes to employment terms”.

Gary Smith, GMB General Secretary, said: “Fire and rehire is a cruel, outdated, Dickensian working practice that should be consigned to the scrapheap of history.

“We have campaigned for it to be made illegal for years; politicians of all stripes agree with us, as do three quarters of the public – even the Prime Minister has condemned it.

“While we will look at the detail when it comes, our members are firm that a slap on the wrist won’t be enough. But this looks like futile tinkering and the scourge of fire and rehire must be barred from the start.

“We urgently need clear legislation to outlaw this abhorrent tactic which, unless checked, will continue to wreck lives across the UK.”

Related: P&O boss accused of ‘corporate terrorism’ as he claims seafaring about more than money