Bosses at one of Scotland’s biggest care providers have apologised to a dying pensioner who was left in agony following a night of staff blunders. Robert McIntyre, 79, has bladder cancer and only months to live is visited four times a day by Cordia staff to have a catheter bag changed. But his daughter Jean […] 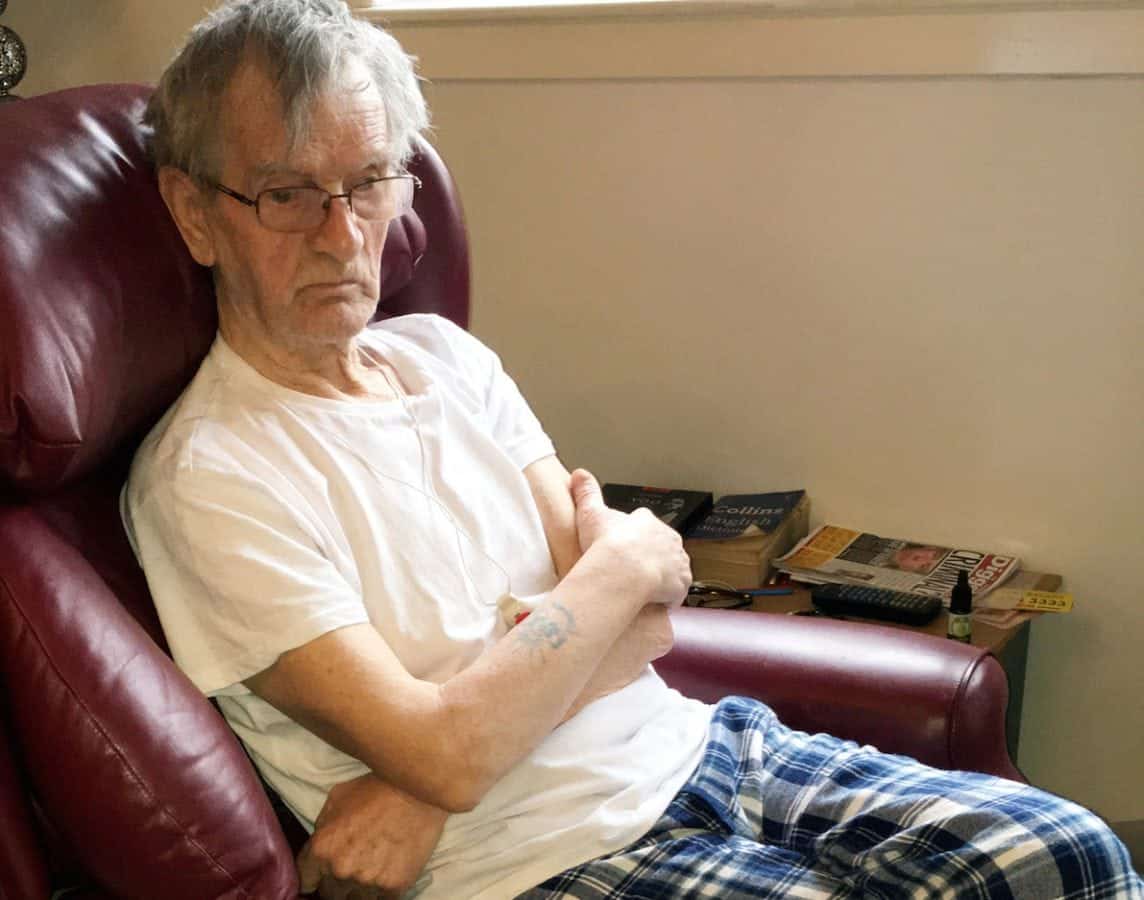 Bosses at one of Scotland’s biggest care providers have apologised to a dying pensioner who was left in agony following a night of staff blunders.

Robert McIntyre, 79, has bladder cancer and only months to live is visited four times a day by Cordia staff to have a catheter bag changed.

But his daughter Jean says the assigned worker sent to his home did not empty her father’s bag during her evening visit.

They say that it is the second time this error has happened and led to the pensioner suffering unnecessary discomfort and distress.

Previously Jean had to call out a nurse the next morning to his home in Glasgow.

She said: “My dad has bladder cancer and his kidneys don’t function.

“He is also partially blind and they don’t watch him take his medicine, so at times he ends up dropping it.

“They are supposed to empty the bag and release the urine into the night bag.

“If the urine back fired into kidneys it could have killed him due to kidneys not functioning.

“I phoned Cordia and told them that she hadn’t released the bag. There were puddles everywhere. They then sent the same girl back out and she forgot again.

“Direct nurses had to go in and change the full catheter in case of infection.

“One of the bosses from Cordia called to say the girl that fits the night bag will not be going back to my dad and all they can do is apologise and said it would not happen again.

“Instead of myself and my sister getting to spend what time we have left with my dad, we are spending time on the phone complaining to Cordia.

“What if it was someone who doesn’t have any family? Cordia is sending out staff who don’t know what they are doing.”

A spokesman for Cordia said they “regretted” any incident where care had fallen short of the expectation of service users.

He said: “We regret any service that falls below the expectations of our service users.

“All Cordia staff are fully trained before starting their full-time care duties.”

On Thursday, Glasgow City Council announced Cordia would be returned to local authority control, as part of the first budget by the SNP administration.

The council is preparing for the break up of Cordia which employs thousands of home carers, school janitors and runs the council catering service Encore.

It said Cordia was no longer fit for purpose with too many different functions under one organisation.