“The lack of safe and regular routes available for people seeking protection to enter the UK leaves people with no alternative other than placing themselves into the hands of people smugglers.” 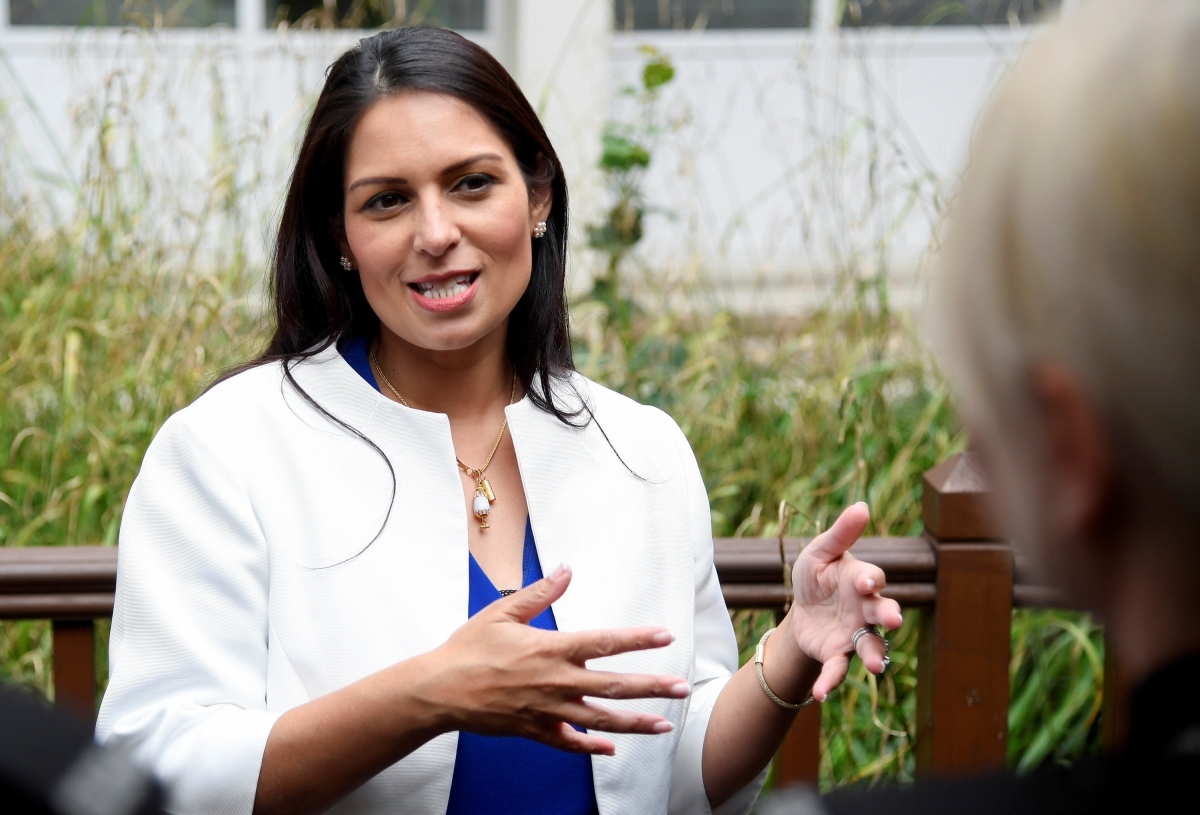 Humanitarian organisations have urged the Home Secretary to urgently put the “dignity” and welfare of migrants at the heart of any plans to tackle the ongoing Channel crisis.

Priti Patel is expected to meet the French interior minister Christophe Castaner in Paris on Thursday to discuss the latest wave of attempts by migrants to cross the English Channel.

The news comes as she reportedly gave the Home Office 72 hours to come up with a solution.

Small boats continued to travel from France to the UK on Tuesday, with Border Force officers seen intercepting several dinghies heading towards Dover.

Charities such as Care4Calais have warned that conditions in Northern France have reached a crisis point since the shanty town of the Calais Jungle was destroyed by local authorities.

Earlier in the year, Clare Moseley from Care4Calais told The London Economic: “People are sleeping rough with no access to sanitation or shelter and under continual harassment from the police. Every day they say that they want to be safe, but the harshness of life in Calais leaves them with little hope for the future.

The Refugee Council’s head of advocacy Andy Hewett urged the Home Secretary to consider the “dire living situations” it understood migrants were experiencing.

He said: “We call on the Home Secretary to ensure that any future agreements address this situation and put the dignity of people seeking protection at the heart of their plans as a matter of urgency.

“The lack of safe and regular routes available for people seeking protection to enter the UK leaves people with no alternative other than placing themselves into the hands of people smugglers.”

A Help Refugees spokeswoman called for “immediate action” to improve the living conditions in the makeshift migrant camps in northern France and “safe and legal routes of passage” to avoid more deaths in the Channel.

She added: “We welcome cross-border collaboration on this issue from Priti Patel. But if this results in funding for yet more fences, barbed wire and policing, as opposed to funding for safe accommodation, asylum reception centres and legal routes of passage, then the situation will continue to deteriorate.”

The Joint Council for the Welfare of Immigrants said it was well within the UK’s “ability economically and socially” to give refuge to people who were “fleeing for their lives”, adding: “People the world over think of Britain as a fair and humane country and we should do our utmost to live up to that reputation.”

“The Home Secretary should show true British values by taking a humanitarian stance and allowing those with good asylum claims safe passage.”

The latest crossing comes as it emerged almost 40,000 failed asylum seekers remain in the UK, despite being targeted for removal. This is a rise of 15% in the last year, The Times reports.

The number of unsuccessful applicants “subject to removal action” rose to 39,932 in the year to June, up from 34,752 a year earlier, according to Home Office immigration statistics.

Of the asylum applications rejected, 3,471 have been removed in the year to June, is down 27% from 4,819 the previous year, the data said.

David Wood, a former director general of immigration enforcement at the Home Office, told the newspaper that “in reality the longer they stay the more difficult it is to remove them” as they build roots in the UK.

Figures published last week showed the number of people offered asylum and other forms of humanitarian protection by the UK has risen to 18,519 – its highest level since 2003. This is 29% more than the previous year.

A Home Office spokesman said it was “committed to removing those who are here illegally” but said “legal challenges” can “frustrate immediate removal”, adding: “We will always seek to return people with no right to be in the UK and since the beginning of 2010 there have been over 362,000 voluntary or enforced returns.”

The news comes as it was reported the body of the migrant believed to have died while attempting to swim across the Channel had been found near a Belgian port, with swimming flippers and a life jacket made of plastic water bottles.

The Home Office offered its condolences to loved ones after the “tragic” incident, reiterating warnings of the risk anyone takes when making the “dangerous” crossing.

On Friday, Prime Minister Boris Johnson warned illegal migrants that they would be sent back if they risked crossing the Channel.

His comments prompted widespread criticism by campaigners, lawyers and politicians, who branded his comments “misleading”, “inflammatory”, “unlawful” and “inhumane”.

Many pointed out that his remarks would prejudice the cases of people who may be refugees without their cases being heard.

The UK has a legal obligation under what is known as the Dublin Regulation to ensure asylum applications lodged are examined and considered.

On Thursday UK and French authorities dealt with nearly 100 migrants, including 17 children, trying to cross the Channel in one day.

More than 60 were intercepted on both sides of the waters on Friday and Monday.

On Tuesday four boats carrying 32 people, including two children, tried to cross the Channel at 4am. The group, who said they were from Iraq and Iran, were handed to immigration officials.

It is understood another vessel carrying an unknown number of migrants was intercepted by the French authorities in the Channel on Tuesday evening.

Priti Patel is also under fire after it was revealed that she paid £1,000 an hour to advise a US company bidding on a lucrative £6 billion defence contract.

The Home Secretary has been urged to withdraw from cabinet discussions on the contract following the revelations.

Bidding to supply next-generation military satellite communication systems is expected to start next year, but Patel has been called out over a “conflict of interest”.

Patel already lost one ministerial position as Minister for International Development when she was forced to resign in disgrace after recommending UK taxpayer money earmarked for aid was paid to Israeli armed forces humanitarian projects after undeclared meetings with Israeli political figures.