The Sovereign Grant – money the royals get from the Government – has funded his lifestyle for decades. 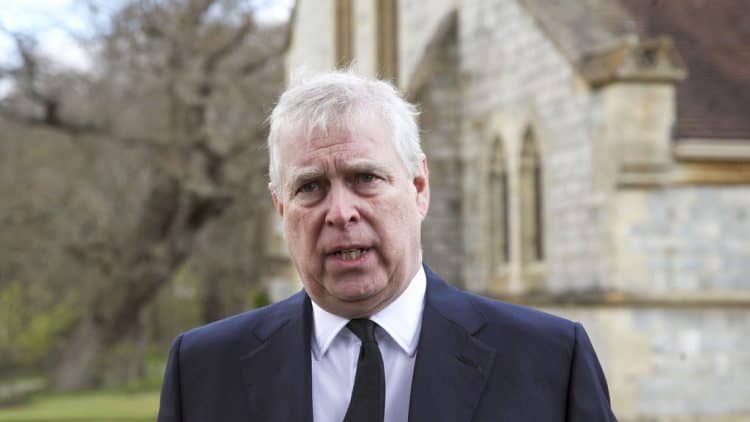 Prince Andrew could be ordered to pay £14million damages if he loses his US sex abuse case – money that could come from the taxpayer, according to Mirror reports.

Virginia Giuffre’s lawyers announced they had started legal action against the Duke of York this week, saying it was “past the time for him to be held to account” for allegedly sexually assaulting her when she was a teenager.

The civil suit seeking unspecified damages was filed at a federal court in New York, where the court documents claim she was “lent out for sexual purposes” by convicted sex offender Epstein including while she was still a minor under US law.

If the court finds in her favour, any damages Andrew pays would effectively have to come from taxpayers, according to The Mirror.

The Sovereign Grant – money the royals get from the Government – has funded his lifestyle for decades, and may have to pick up the tab.

The funding mechanism covers the work of the Royal Family in support of The Queen. In this exchange, The Queen surrenders the revenue of the Crown Estate and in return, a portion of these public funds are granted to The Sovereign/The Queen for official expenditure.

Accounts for2018-19 show the monarchy cost the taxpayer £67 million – an increase of almost £20 million in the previous financial year.

The Duke has ‘no discernible income’

According to Telegraph reports, finding a figure for the amount of compensation could be tricky because the true extent of the Duke’s wealth has long been shrouded in mystery.

David McClure, a royal finance expert and author of The Queen’s True Worth, said: “Prince Andrew’s finances are shrouded in a pea soup of impenetrability. This is symbolised by the fact that no one knows how he was able to get a mortgage for some £13 million to buy a luxury ski chalet in Verbier in 2014.

“He has an affluent lifestyle, but where does the money come from? He has no discernible income.”

What’s more, according to a lawyer, Andrew could also choose to ignore the proceedings altogether.

Mark Stephens, of the London law firm Howard Kennedy, points out that “the US cannot compel him to pay the damages. The UK only recognises judgments in foreign hearings if they are contested.

“The only thing the US court could do in this instance is to execute the decision against his assets in the US, should he have any.

“I think this is likely how it will play out, unless the Queen or the UK Government decides to intercede. He is able to shelter behind the palace walls.”

If the Duke did find himself in difficulty, it is possible that the Queen might step in to offer financial support.

“It would be very surprising if the Duke does not have his own private investments or offshore trusts but I suspect that the Queen does subsidise some of his outgoings,” McClure said.

“Judging by the fact that the Queen is known to bankroll less well-off members of her family, it’s logical to assume that if he was short of funds and had a big outlay in terms of legal bills that she would help.

“She gets more than £22 million a year from the Duchy of Lancaster, she is not short of cash.

“There’s a split between her guardianship of the Royal family and its reputation and her love for her son. She must be torn.”