'How much would it cost to run a full page advert in The Express that just has a montage of all their old inaccurate stories?', wrote one Twitter user. 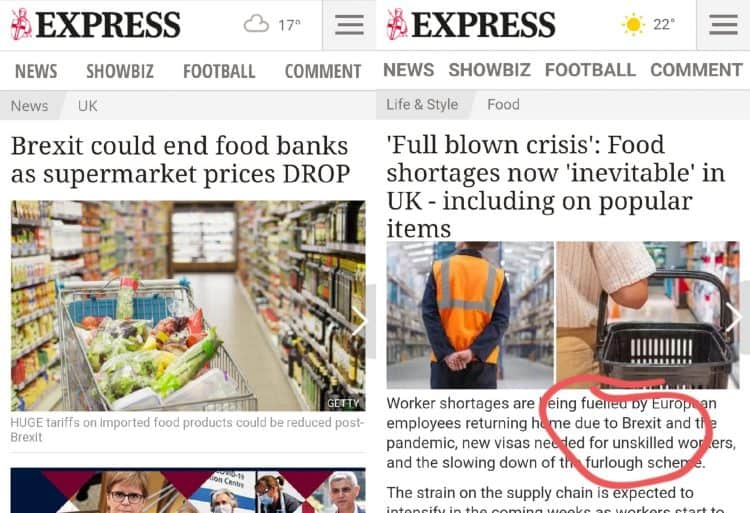 A series of ‘before and after’ stories printed in The Express has left social media users exasperated this week.

Political activist Femi Oluwole took a moment to remind people how the pro-Brexit newspaper had covered the UK’s split from the EU before it came to be at the start of this year.

Issues such as mobile roaming charges, which were dubbed a “Brexit lie” by the paper in 2018, became a reality for many customers this month after Vodafone brought them back.

Reports on fishing, supermarkets and farming were also hilariously rebuked by the very same paper in a long list of hilarious self-owns.

Read and weep below: