The Duke of York paid a multi-million dollar out of court settlement just a few weeks ago to settle a civil sexual assault case brought against him. 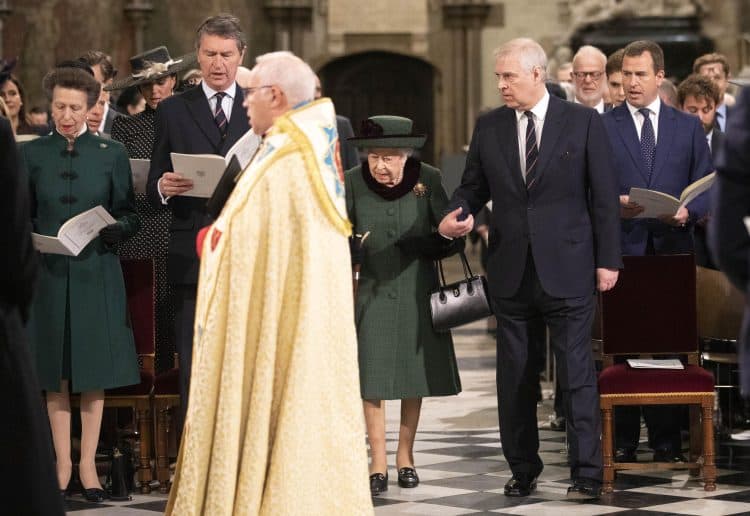 The Duke of York took centre stage at the Duke of Edinburgh’s memorial after he accompanied the Queen to the poignant occasion.

Andrew travelled with his mother by car from Windsor Castle to Westminster Abbey.

The decision comes despite Andrew paying millions out of court earlier this month to settle a civil sexual assault case.

It will be seen as a major signal of support from the monarch to her second son.

The Dean of Westminster escorted the Queen to her seat when she made the short walk from Poets’ Corner to the Lantern, with Andrew following behind.

The duke, who stepped down from public life over his friendship with convicted paedophile Jeffrey Epstein, has a front row seat in the Abbey, sitting close to his other siblings.

On his left was his brother, the Earl of Wessex and Edward’s family, the Countess of Wessex and their children, Lady Louise Windsor and James, Viscount Severn.

Across the aisle on his right sat the Princess Royal, Vice Admiral Sir Tim Laurence, the Duchess of Cornwall, the Princes of Wales and the Queen.

Prince George and Princess Charlotte also attended with their parents, the Duke and Duchess of Cambridge, and sat behind the Queen.

Behind Andrew and Edward’s family was Peter Phillips, and Zara and Mike Tindall and their daughters.

Hundreds of people including nearly 30 foreign royals and scores of representatives from Philip’s charities gathered for the special thanksgiving service in honour of the country’s longest-serving consort.

It is a poignant occasion for the Queen to remember her husband of 73 years among family and friends, after the limitations imposed on the duke’s funeral during the pandemic.