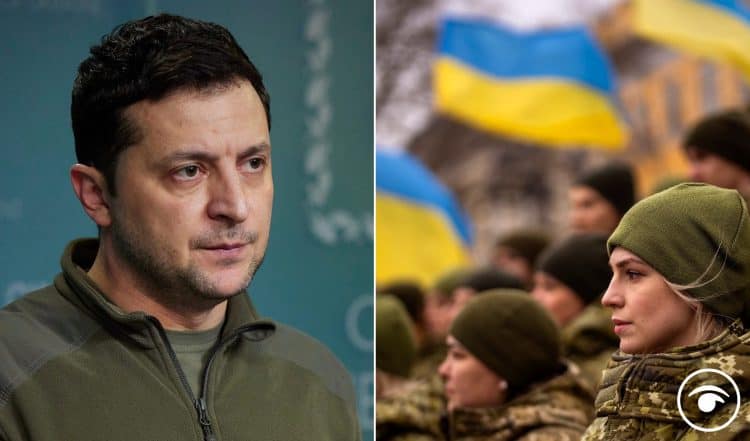 The Security Council gave a green light on Sunday for the first emergency session of the General Assembly in decades.

It will give all UN members an opportunity to speak about the war and vote on a resolution later in the week that US ambassador Linda Thomas-Greenfield said would “hold Russia to account for its indefensible actions and for its violations of the UN Charter”.

French ambassador Nicolas De Riviere announced that the Security Council will hold a meeting on the humanitarian impact of Russia’s invasion, a session sought by French President Emmanuel Macron to ensure the delivery of aid to growing numbers of those in need in Ukraine.

The emergency session of the General Assembly will meet in New York at 10am (3pm GMT), while the Security Council will meet at 5pm (10pm GMT).

“They belong to us. They are one of us and we want them in,” von der Leyen told EuroNews on Sunday.

The outlet reported that von der Leyen did not specify if the process for Ukraine to join would be as quick as Ukrainian President Volodymyr Zelensky has asked for.

It comes as Zelensky asks the EU for membership. “We ask the European Union for Ukraine’s immediate accession under a new special procedure,” said Zelensky in video address.

President of Ukraine Volodymyr Zelensky on Sautrday said. “I say this as frankly as possible now: the people of Ukraine have already earned and have the right to receive membership in the European Union. This will be a key evidence of support for our country. The decisive moment has come to close the long-term strategic discussion once and for all and decide on Ukraine’s membership in the European Union. I discussed this with Charles Michel, Ursula von der Leyen, Emmanuel Macron.”

“In this desperate moment, Ukraine’s president asks EU to declare Ukraine a candidate for EU membership. Join me in appealing to EU leaders to make this long-term, strategic, symbolic statement to an embattled European people.”

“Ukraine’s President Zelensky appeals for Ukraine to be given the go-ahead to apply to join the EU – Europe’s association of free states who together stand for democracy. Please. No more talk of the “opportunities of Brexit”, now revealed starkly as a calamitous strategic mistake.”

“Ukrainian president Zelensky has appealed to the EU to allow Ukraine to join the union immediately.”

Related: President Zelenskyy does Paddington voiceover, won Dancing with Stars but one role will blow your mind – reactions