"The government’s back-door amendments to the policing bill are tyrannical. We should be on the streets in our millions," George Monbiot wrote. 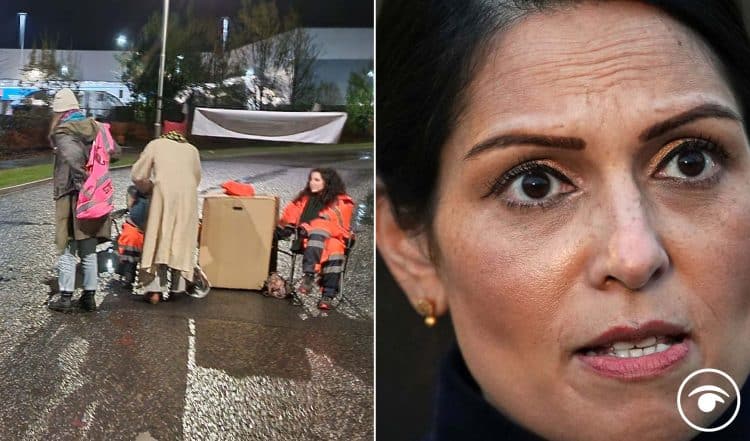 News that people could be jailed for 51 weeks for protesting has been described as “proper police state stuff” byGeorge Monbiot.

Writing in the Guardian, he said last-minute amendments “crowbarred” by the government into the police, crime, sentencing and courts bill are a “blatant attempt to stifle protest, of the kind you might expect in Russia or Egypt.”

The controversial legislation had already come under heavy criticism.

Back in October, former police chiefs have warned parts of the controversial Bill could further undermine trust in forces and “exacerbate” serious violence.

The group of ex-police leaders, senior officers and advisers wroteto Home Secretary Priti Patel to express their concerns about some of the proposals contained in the Police, Crime, Sentencing and Courts Bill.

Jun Pang, police and campaigns officer at human rights group Liberty, claimed there was a growing “chorus of opposition” to the “oppressive” legislation, adding: “The new police powers the Bill creates will lead to harassment and oppressive monitoring of young people, working class people and people of colour – especially black people.

“Expanding existing measures like stop and search will funnel more people into the criminal punishment system and further divide communities. The Bill threatens the way of life of Gypsy and Traveller Communities and silences those who want to speak out against injustice.”

The proposals prompted widespread protests earlier this year, with some claiming the Bill hand the authorities too much power to prevent peaceful demonstrations.

Commenting on the right to protest, Monibot said: “Priti Patel, the home secretary, shoved 18 extra pages into the bill after it had passed through the Commons, and after the second reading in the House of Lords. It looks like a deliberate ploy to avoid effective parliamentary scrutiny.”

He continued: “Not only would they make locking on – a crucial tool of protest the world over – illegal, but they are so loosely drafted that they could apply to anyone holding on to anything, on pain of up to 51 weeks’ imprisonment.”

There was a lot of concern on social media about the new powers.