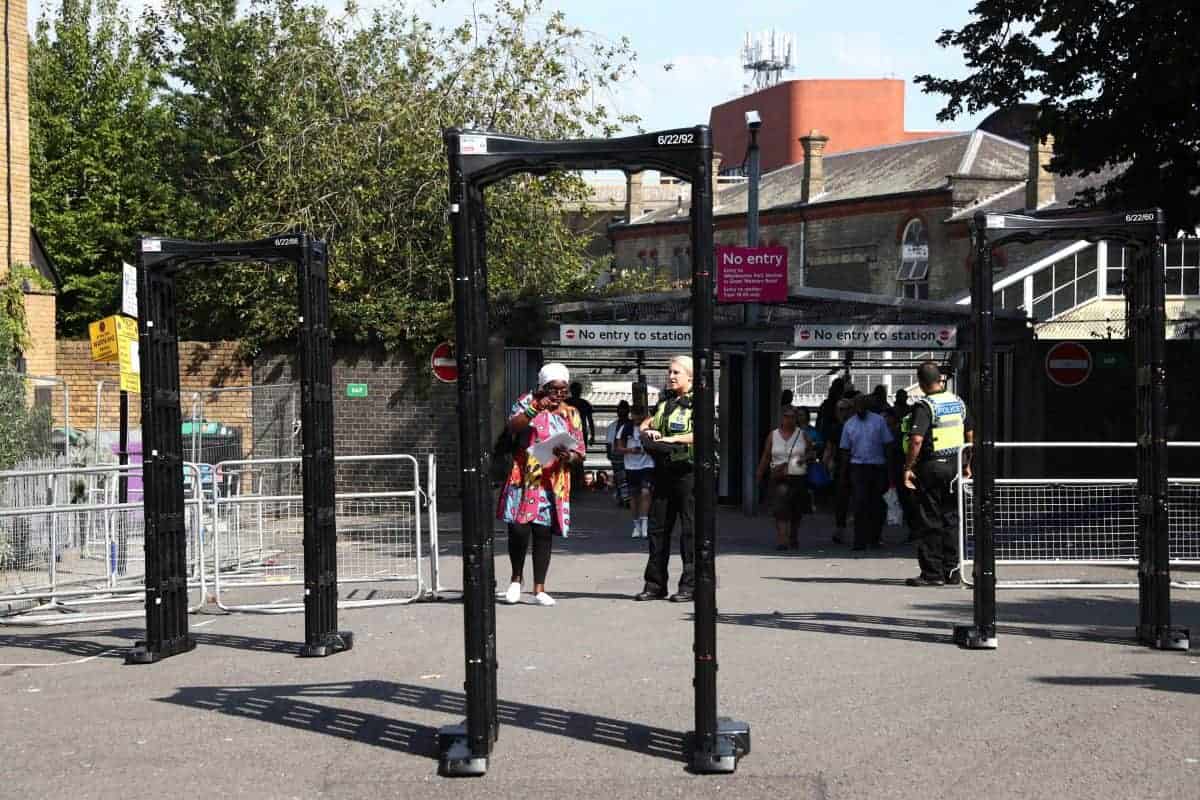 Police have been granted extra powers to stop and search people attending Notting Hill Carnival after almost 100 people were arrested over the weekend.

A section 60 order has been put in place for the area of the carnival and parts of Harrow Road, Scotland Yard said.

Notting Hill Carnival gold commander Dave Musker said the order was granted because of “incidents of violence” across London in recent days.

He added: “I have not made this decision lightly but it is the police’s job to ensure the security of all those planning to attend this event.”

“I will personally keep this order under constant review, and when I believe this no longer forms part of a proportionate policing plan, it will cease.”

A dozen people were detained on suspicion of assaulting police, 41 on drugs offences and nine on possession of an offensive weapon.

Carnival-goers have also been warned to stay safe in the record-breaking bank holiday heat.

Several revellers were treated for dehydration as temperatures soared to between 32C and 33C – thought to be the hottest Notting Hill Carnival ever – as the annual celebration opened on Sunday.

A million people were expected to attend over the weekend, already the hottest late August bank holiday on record as the temperature reached close to 32 degrees on Sunday afternoon.