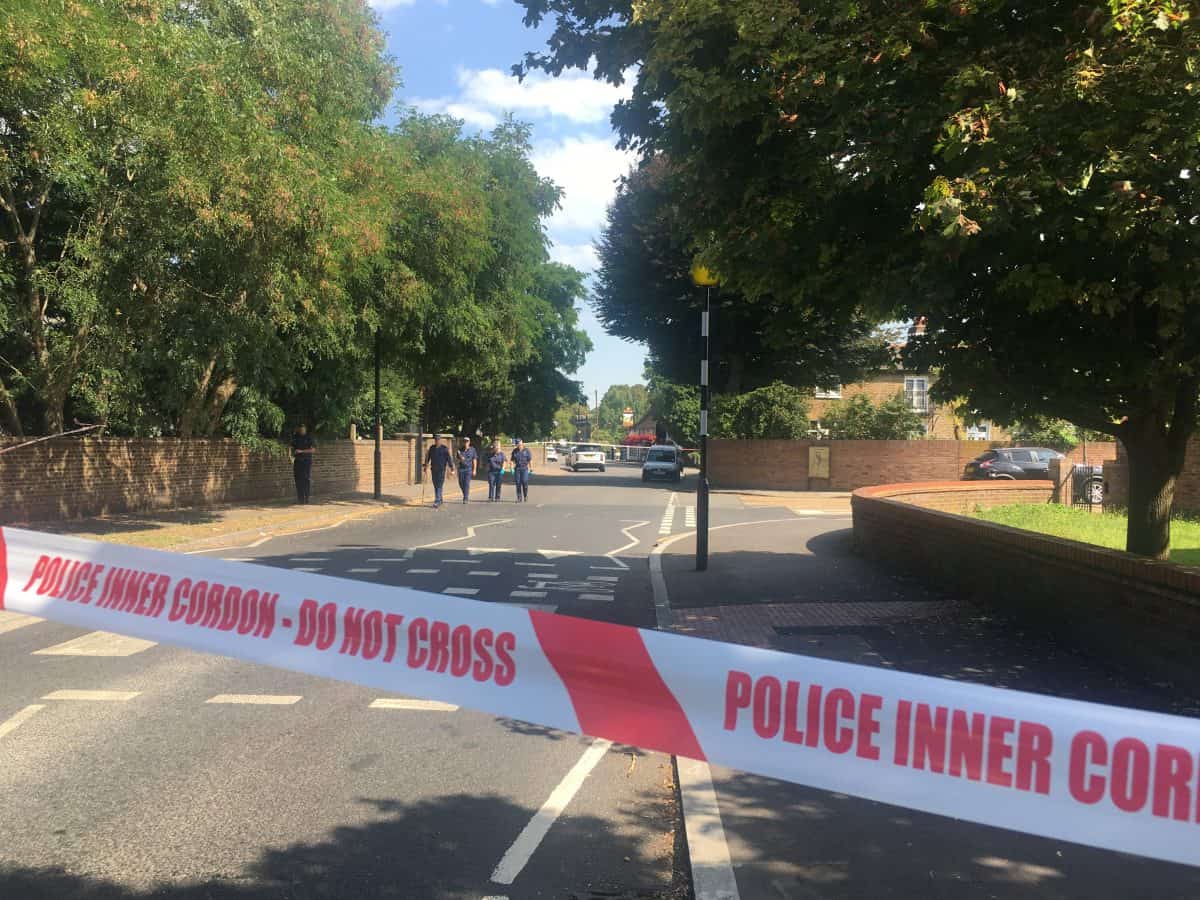 London’s latest knife murder victim was named by horrified neighbours who tried to save him as a 69-year-old building firm boss.

Allan Isichei, a grandfather who has been married to wife Sandra for 44 years, was fatally knifed near his £750,000 five bedroom west London home early on Saturday evening as he walked home from his local pub.

A neighbour, whose door desperate saxophonist and part-time jazz singer Mr Isichei knocked on for help, said he had been stabbed twice, in his chest and side.

Murdered building firm boss Allan Isichei died as a result of an “incised wound to the abdomen,” police confirmed today.

Mr Isichei, 69, was fatally knifed as he walked home from his local pub in a leafy west London suburb after a quiet pint early on Saturday evening.

Police say that a 35-year-old man arrested on suspicion of murder near the scene remains in hospital under police guard.

Detectives are appealing for any witnesses who have not yet come forward to do so.

Mr Isichei, a keen rugby fan who is understood to be friends with former England and Britsh Lions international Roger Uttley, collapsed on his neighbor’s doorstep at around 6.30pm.

Kevneet Grover, 15, was getting ready for his own dad’s 41st birthday when Mr Isichei knocked on his door.

The teenager, who lives three doors down from Mr Isichei, said: “It was my dad’s 41st birthday.

“I was coming down the stairs and the doorbell was going on and off constantly.

“I thought it was my cousins, but it was a man who was injured and he said ‘call an ambulance.’

Kevneet’s father Raj Grover ran to the doorway to help Mr Isichei and called out to his wife for a towel.

Mr Grover, director of Galaxy Real Estate, said: “I came downstairs and I saw the blood all over his body.

“It all happened on our doorstep.

“I asked my wife to bring a towel and I started to stop the blood and the bleeding, but I did not realise there was a second hole.

“He was trying to go to his house, but couldn’t make it anymore so he came to us.

“My wife called an ambulance and they took about ten minutes to arrive.

“I asked him a few times ‘who did that Alan? What happened?’

“But he said ‘dont ask me these questions, call my wife because I’m losing it.’

“I quickly ran to his house and called his wife.

“I said ‘darling don’t panic, your husband is bleeding a little bit.’

“I didn’t say there had been a stabbing – I didn’t want to panic her.

“Then I held her hand and walked her over to him.

“The blood just kept on pouring out.”

He added: “The wife was saying to him ‘it will be okay, don’t worry everything will be fine.’ She just kept saying that to him.

“The next door neighbour was helping to hold his legs up as he laid on his back.

“We did our best, but unfortunately we lost him.

Mr Grover said he was surprised when paramedics arrived and asked Mr Isichei to stand up.

“The paramedics said ‘can you please stand up’ but he couldn’t stand up so I held him again.

“Then the paramedics held his hand and put him onto a stretcher.”

Murder Squad detectives are questioning a suspect in his 30s. The man arrested on suspicion of murder remains under police guard in hospital after suffering minor injuries.

Mr Isichei, who was educated at Kilburn Grammar School in north west London, was the managing director of his family business, Broadway Construction, based in nearby Ealing, which was founded in 1974.

He and Sandra have three children and four grandchildren.

He was a part-time coach with Wasps Rugby Club, and played saxophone in a jazz band.

A Met Police spokesman said: “Police were called to St. Mary’s Avenue in Southall at 6.41pm on Saturday after a report of a man being stabbed.

“Officers, paramedics and the Air Ambulance Service attended and treated a man in his 60s suffering with a stab wound.

“He was pronounced dead at the scene. His next of kin have been informed.”

He added: “A man, aged in his 30s, has been arrested on suspicion of murder and is currently in hospital under police guard being treated for minor injuries.”

Knife murder victim Allan Isichei was described by regulars at his local pub as a “loving father and grandfather” with a deep love for music.

They said the 69-year-old building firm boss played saxophone and sang in several jazz bands which he did “for the love of it.”

Mr Isichei, who was of Irish and Nigerian parentage, was seen enjoying a pint while reading a newspaper at the The Plough pub near his home in Southall, west London, just minutes before he was fatally stabbed as he walked backed to his house.

A woman, who is a regular at The Plough, said: “He came in, had his drink and left.

“He could not have been here for more than 30 or 45 minutes – he literally had one drink, read the paper and left.

“This is a community pub so he would say his niceties to people and quite happily sit by himself – he was quite placid.

“He used to play the saxophone.

“Jazz was his thing and he absolutely loved playing and singing.

“He didn’t do it for the money, he did it just for the love of it.”