“Despite initial indications, following further investigation, there is no corroborated evidence of extreme left factions being involved." 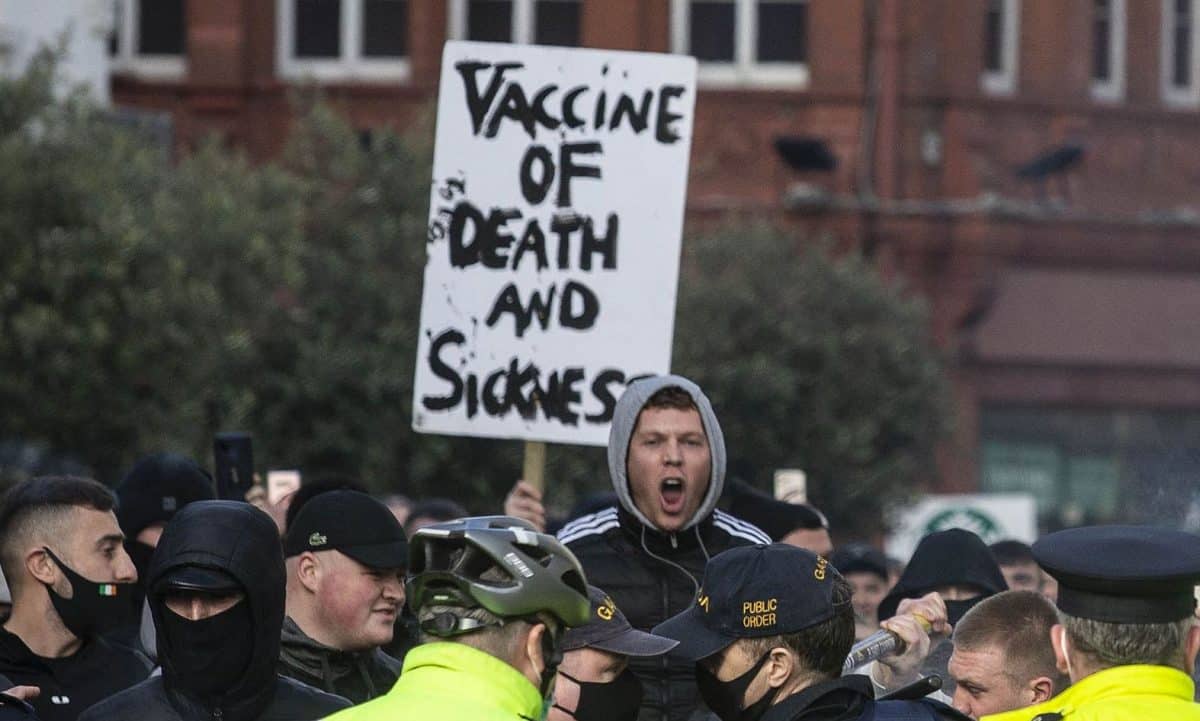 The Garda Commissioner has rowed back on comments he made about groups involved in Saturday’s lockdown protests in Dublin.

Drew Harris had said the demonstrators included people from different types of factions, including the far left.

Mr Harris said it was a collaboration of groups made up of anti-lockdown protesters, as well as those against vaccines and face masks, and those from the far right.

However, in a statement issued on Sunday, Mr Harris said that following further investigation, there was “no corroborated evidence of extreme left factions being involved”.

He said: “I wish to clarify my remarks of Saturday evening in respect of the violent protest that took place on Saturday afternoon, 27 February 2021.

“The vast majority of those who took part belong to a number of factions including anti-vaccine, anti-mask and anti-lockdown protesters, far right groups, and those intent on trouble and disorder.

“Despite initial indications, following further investigation, there is no corroborated evidence of extreme left factions being involved.

“I also want to thank the public for the many messages of goodwill expressed towards members of An Garda Siochana who policed the protest and, in particular, towards those members who were injured.”

Twenty-three people were arrested after hundreds of protesters took part in the anti-lockdown demonstration in Dublin.

Three officers were injured during the protest, with one requiring hospital treatment for their injuries.

Protesters clashed with gardai as demonstrators marched through the city centre and attempted to make their way to St Stephen’s Green park.

Some 13 people appeared before a special sitting of the Dublin District Court on Saturday night.

Mr Martin said demonstrators posed “an unacceptable risk to both the public and gardai”.

“The large gathering, in the face of ongoing Covid-19 restrictions, showed a complete lack of respect to the people who have made huge sacrifices during this pandemic,” he added.

“Nor can we tolerate the thuggish behaviour or attacks on gardai, who have the public’s utmost respect as they continue to protect and serve our society in difficult circumstances.”