Events such as the Israel -Palestine conflict and riots in Northern Ireland could provoke a "summer of significant difficulty and disorder". 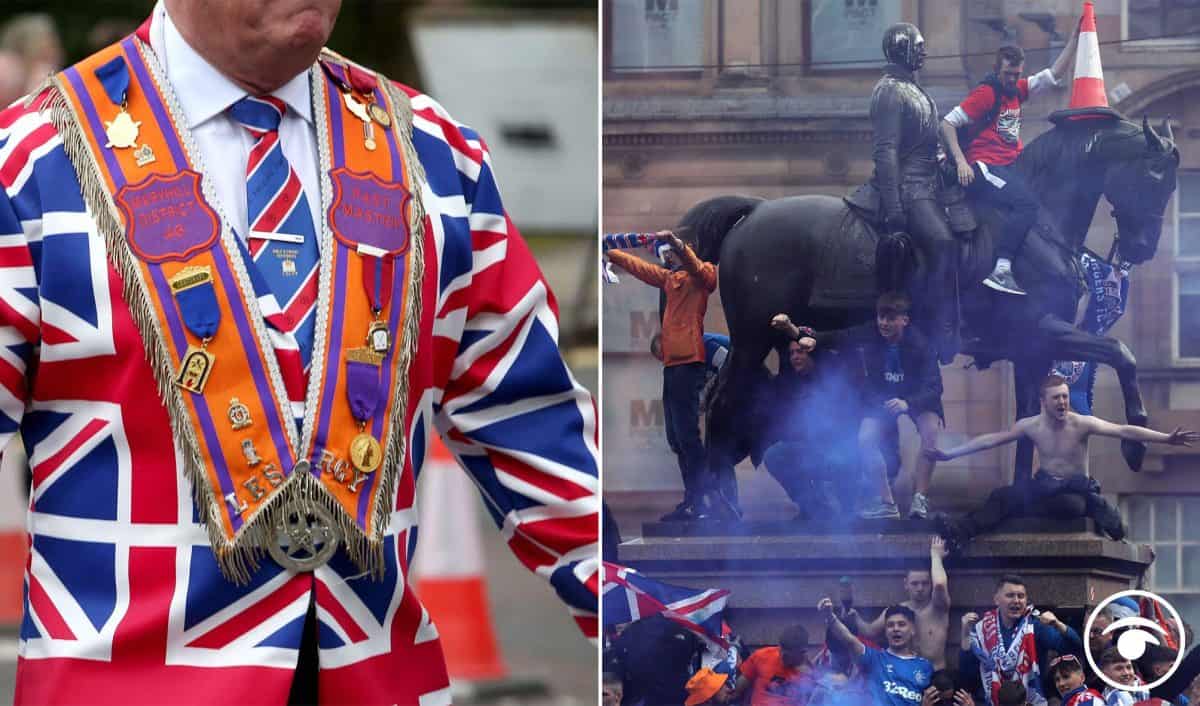 A police union boss warned of a “tinderbox moment” in the west of Scotland due to “polarising” political events along with hot weather and prolonged boredom.

Calum Steele, general secretary of the Scottish Police Federation, said events such as the Israel -Palestine conflict and riots in Northern Ireland could provoke a “summer of significant difficulty and disorder”.

He warned factions including the Orange Order and the Indy movement were wanting to be allowed out to demonstrate after more than a year of coronavirus restrictions, while the public were frustrated from lockdowns.

And he said politicians did not help by polarising opinions, while police were trying to manage situations without using the full force available to them.

Some 15,000 Rangers fans – described as a “small minority” by the club which reprimanded them for “besmirching” its reputation” – rioted over the weekend in scenes described by cops as the worst violence in 20 years.

The club deemed “some of the scenes were unacceptable” at the illegal gathering where five police officers were injured, and a man blew off half his hand with a firework.

Police are probing a video where the players appeared to sing “F*ck the Pope” while the club insisted it was the victim of a smear campaign.

At least 28 people have been arrested in connection with the scenes, which turned violent after police issued a dispersal order.

“Further to that again, we have better weather, a frustration over months of lockdown and I think we are if not quite at a tinderbox moment, there is a danger we could get there very quickly simply through carelessness.”

He also criticised the “political positioning” of politicians on issues they were sympathetic to and said police often aimed to “maintain order” in a way that did not always result in them “maintaining and upholding the full extent of the law”.

The union chief said: “I think we saw very early on, certainly towards the tail end of spring and into early summer of last year, it resulted in the emergence of polarising positions, whether it was Black Lives Matter, whether it was colonial past of the British Empire, approaches to statues, approaches to climate change protests.

“Whether youths gathering and drinking in our parks were receiving a different approach to those gathering for anti-lockdown protests or anti-vax or anti-mask demonstrations [was an issue].

“All of these things resulted in the very early emergence of political positioning on some things and that undoubtedly did not help.”

Mr Steele said Police Scotland, alongside the Scottish Government, councils and protest groups, should engage with each other around potential issues.

He said: “I believe it needs to result in a fairly rapid assessment and engagement to make sure that we are as far as possible looking at engaging and educating that whilst their particular cause may seem absolutely precious to them, that there will be an inevitability of the reaction from other parts of communities.

“As a police service that is a huge challenge that lies ahead of us but if we don’t collectively engage in that conversation and many conversations, then we could be in for a summer of significant difficulty and disorder.

“Whether it is the independence movement wanting to assert the right to march and show their support for independence, or the Orange Order wanting to re-establish their inability over the past year and a bit or so to show how much their culture and background means to them.

“All of these issues, and that’s even before we get into the instability of politics in Northern Ireland and how that impacts on the west of Scotland.

“All of these things have a bearing on police activities and by extension public attitudes towards the police because of the side of a particular argument that members of the public find themselves on.”

The club said in a statement: “Sadly, a small minority of people behaved inappropriately and in a manner not reflective of our support. Some of the scenes were unacceptable and have besmirched the good name of Rangers FC.

“These so-called ‘fans’ should reflect upon the values and ethos of our club, and consider the damage this does to the reputation of the club.”

The Scottish Football Association also issued a statement condemning the violence, with chief executive Rod Petrie labelling the scenes “an abomination, not a celebration”.

He said: “Those responsible for sectarian singing, for vandalism and for inflicting physical damage may attach themselves to football, but cannot be considered football fans.

“Police Scotland have made a number of arrests and more are expected to follow.

“Events on Saturday at George Square served only to depict our game in the poorest light and we condemn the behaviour in the strongest terms.”

Related: Paramedic spat on and subjected to racist abuse by Rangers thugs…for wearing a green uniform