"These are the types of knuckle-draggers you're having to deal with." 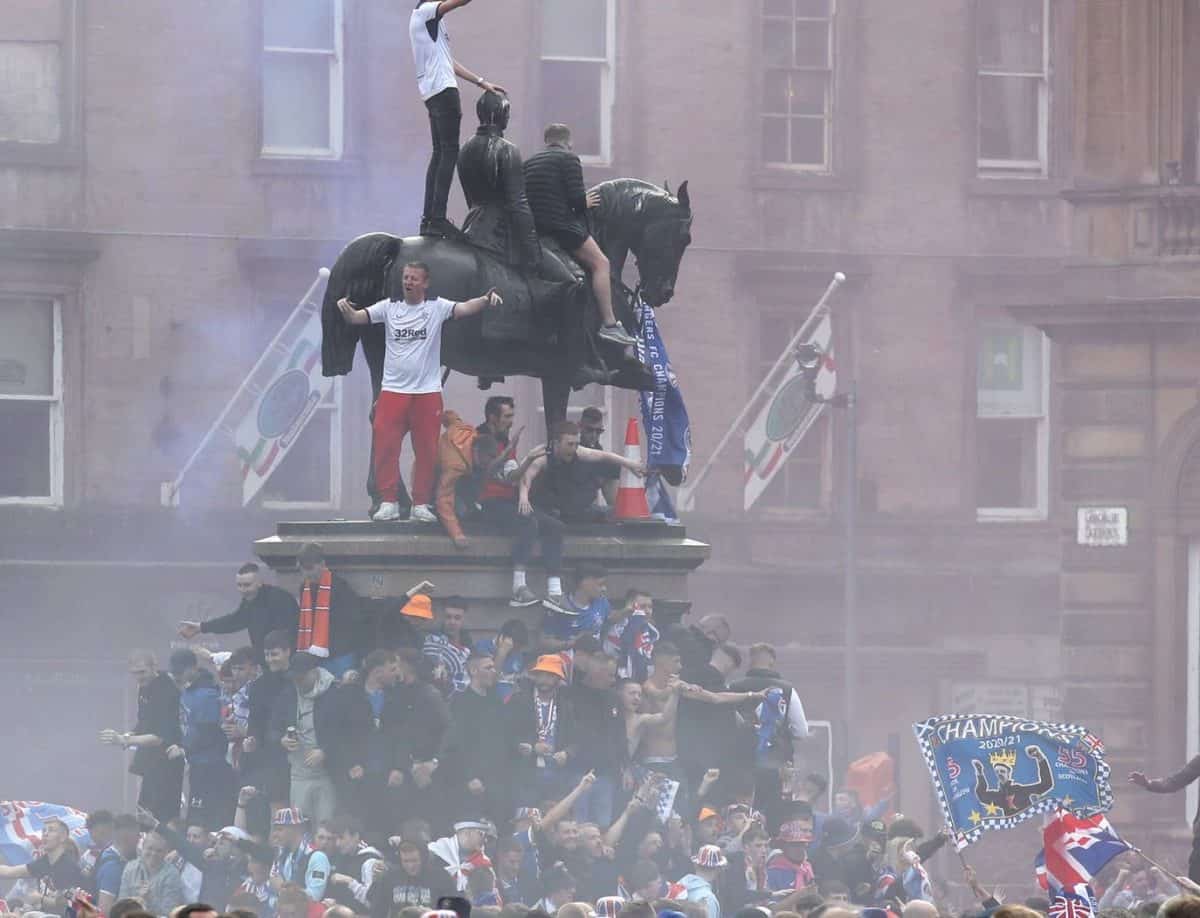 A paramedic was spat on and subjected to racist abuse by Rangers thugs – for wearing a green uniform.

Sectarian “knuckledraggers” verbally abused NHS frontline workers providing medical care to Gers fans injured at the riots in George Square because of the colours they were wearing, and spat on health workers.

A paramedic told how racial slur ‘Fenian’ – a derogatory term for someone of Irish heritage – was used because of the standard-issue gear.

A colleague was too traumatised to commit to more shifts after seeing the horror violence unfold as 15,000 Gers fans took over George Square on Saturday.

The man, named Darren, said: “We were spat on.

“The sectarian language we endured.

“Even to the degree the colour of our uniform was getting brought up, using the F word to describe – in a religious connotation – what we were.

“These are the types of knuckle-draggers you’re having to deal with.

“To be treated like that, in the middle of a global pandemic, when we’re frontline workers, to have to stand and endure that level of abuse, to witness the police having bottles thrown at them, for at least four hours solid.

“There are just no words you can use for it.”

Speaking to Radio Clyde he added: “I had a new start with me of four months in the job.

“She was due to be back out again on Sunday and basically, how traumatised she was, she couldn’t commit to the shift.

“To be treated like that when in the middle of a global pandemic when we’re frontline workers – there’s no words we can use for it.”

Rangers issued a statement attributing the riots to a “small minority” of fans and rapping them for “besmirching the club’s good name”, while adding “some scenes were unacceptable”.