"I'll believe Sue Gray is independent if the whole report is released to the country at the same time as Johnson gets his hands on it." 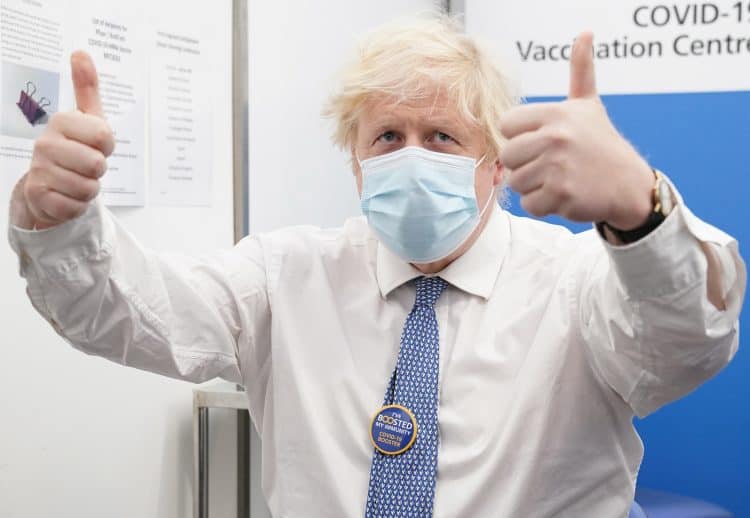 The PM is facing calls to ensure all evidence on the Downing Street parties is published with the Sue Gray inquiry, as it emerged the pivotal report is likely to amount to a concise summary of findings.

It comes as Chris Bryant claims at least a dozen Tory MPs have been threatened by Tory whips & MPs have alleged Boris Johnson is doing this himself.

Labour and the Liberal Democrats called on Friday for the report to be published along with its accompanying evidence – including emails and witness accounts – to give full transparency around the seemingly endless number of parties at Number 10.

Opposition parties want to ensure there is no whitewash or redacted information.

Angela Rayner, Labour’s deputy leader, stressed that “all accompanying evidence” must be disclosed.

Rayner said: “Boris Johnson cannot be allowed to cover-up or obscure any of the truth when he has insisted on a hugely protracted internal probe to tell him which parties he attended and what happened in his own home”.

“The Sue Gray report must be published in its entirety with all accompanying evidence,” she insisted.

Rayner also claimed: “Under Boris Johnson, transparency in government has been eroded. The Conservatives have shown us how little respect they have for the rules, we’ve seen: private WhatsApp’s, missing phones, a Freedom of Information Clearing House, lost minutes of lobbying meetings – their cover-up culture has lost the trust of the British public.

“Bereaved families, our key workers and all those that diligently followed the rules have been insulted enough by the Prime Minister’s cover-ups and lies.”f

Ed Davey tweeted: “Sue Gray’s report must be published in full. Boris Johnson has already dragged the entire government through the mud, any whiff of an establishment stitch up will make millions of people even more furious.”

Lord Rennard tweeted: “It is important that this report is published in full, and as submitted, in order to prevent it being doctored, and Boris Johnson then making claims based on a false report re-written to suit him.”

On a light note Richard Osman tweeted: “When historians want an illustration of Britain at the start of 2022, it will be Sue Gray doing a Wordle.”