The Mirror's front page asks: "Why did PM deny it? We knew parties broke the rules." 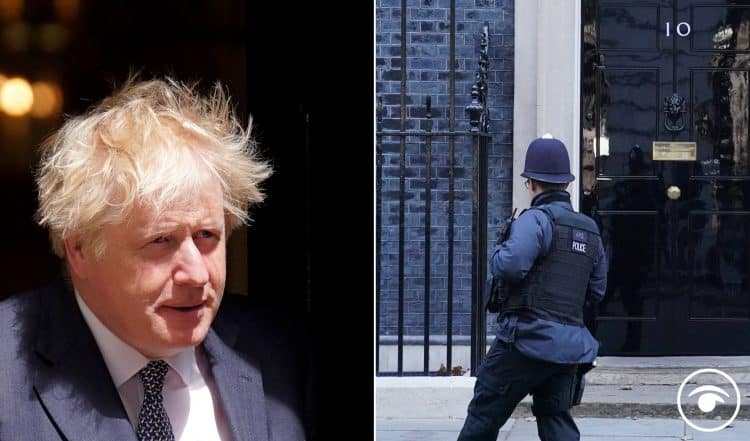 Boris Johnson is braced for more damaging criticism as the senior civil servant investigating lockdown parties in Downing Street and Whitehall is set to hand over her final report.

It comes as the Mirror has published another party picture on it’s front page.

Sue Gray is expected to be highly critical of the culture in No 10 which led to the repeated violations of Covid restrictions over the course of 2020 and 2021.

The report is also expected to criticise Cabinet Secretary Simon Case, but he has made clear he will not be resigning and the Prime Minister will not sack him.

Following his receipt of the report, Mr Johnson will make a statement to MPs in the Commons.

He will then stage a press conference in Downing Street and address the 1922 Committee of backbench Tory MPs who will have to decide whether the findings are sufficiently serious to warrant a push to oust him.

The Mirror published a picture showing a man standing at a table with nine bottles of wine and prosecco, which was claimed to have been taken at a gathering to mark the final press briefing by Mr Johnson’s former official spokesman James Slack on November 17 2020.

On Tuesday evening, the BBC broadcast a Panorama programme which featured three anonymous individuals describing in detail what they witnessed at regular rule-breaking events during coronavirus restrictions.

The Daily Star labelled the government ‘party animals’ and mention that some staff parties that long into the night that they slept in Number 10.

The Metro also focused on the all-nighters at Downing Street.

Related: Reactions as Peter Bone calls PM ‘honest man’ because ‘he did Brexit’