Peter Bone told Newsnight that the “PM was walking past, saw people gathered there and thought ‘I’d better pop in and say a few words’” - AS A DEFENCE. 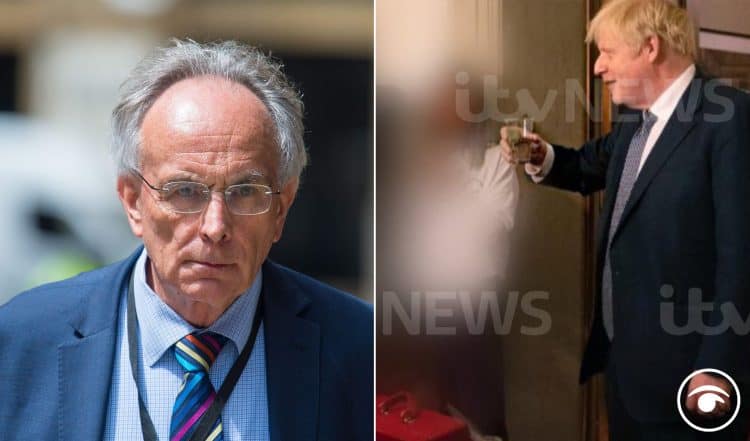 No 10 is bracing for the publication of Sue Gray’s full report into Downing Street parties in Whitehall during the coronavirus lockdown.

The senior civil servant’s report is expected to be heavily critical of the culture in No 10, which led to the repeated violations of Covid restrictions.

Potentially damaging further details, including the names of some of those who attended gatherings, are also due to be published.

So who is supporting the PM?

This morning George Eustice was sent out to do the media rounds.

Kay Burley asked him: “People were so drunk they had to sleep on a sofa at No.10, while members of the public couldn’t go to funerals.. how can he stay in post.”

Burley shot back: “So he’ll stay in post even though he’s misled Parliament?’

Over on GB News, Brexiteer Peter Bone was more than happy to defend the PM and also make some well-trodden claims about the UK getting the first vaccine in the world because we had left the EU.

He did admit that trade is down because of Breixt, but the “PM is sorting that out”.

How? We aren’t sure.

When asked by Nigel Farage whether he believed that the PM is “an honest man”, Bone was quick to defend Johnson.

He said: “Yes I do, and I think people in my constituency and I guess across the country think about what the Prime Minister does.

“The Prime Minister should be chucked out of office if he doesn’t do a good job with policy.

“Now he did Brexit, and we’ve got to deal with the Northern Ireland Protocol he’s dealing with that.”

He also appeared on Newsnight where he said: “PM was walking past, saw people gathered there and thought ‘I’d better pop in and say a few words’.”

His blind support for the PM has been slammed online: