"Wow. A Tory with a backbone," wrote one person after watching the clip. 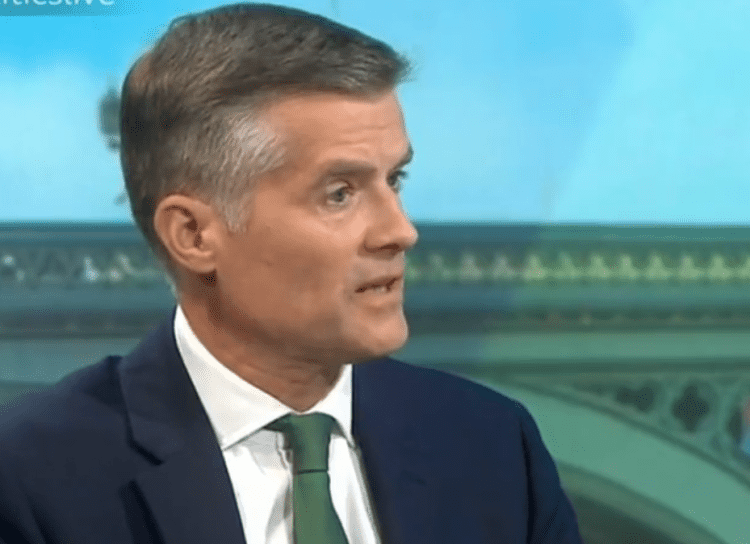 Boris Johnson is braced for more damaging criticism as the senior civil servant investigating lockdown parties in Downing Street and Whitehall is set to hand over her final report.

Sue Gray is expected to be highly critical of the culture in No 10 which led to the repeated violations of Covid restrictions over the course of 2020 and 2021.

It appears that the PM still has enough support from his party, with few breaking cover to speak out against the PM.

One who has is Mark Harper. He told BBC Politics Live: “Johnson broke the rules. I understand there’s at least one person from that event who has been fined for attending, so it was an unlawful gathering. The prime minister, however long he was at it, should have sent everyone home.

“It’s not just the events, it’s the fact that he’s not been straight forward about it.”

He continued: “I’m fed up… with my colleagues, a number of decent men and women who are being asked to go out on the television day after day, saying things that are frankly ridiculous and defending the indefensible.

“That’s not what a leader should do. When the prime minister gets asked these things on television, he says he can’t talk about them until the report from Sue Gray comes out. And yet ministers are sent out everyday to say things which aren’t defensible.”

A lot of people were supportive of the MP for going against the PM and colleagues who are supporting him:

Related: Reactions as Peter Bone calls PM ‘honest man’ because ‘he did Brexit’