It comes after reports emerged that his mum had begged for him to receive urgent mental health treatment in the months before the massacre. 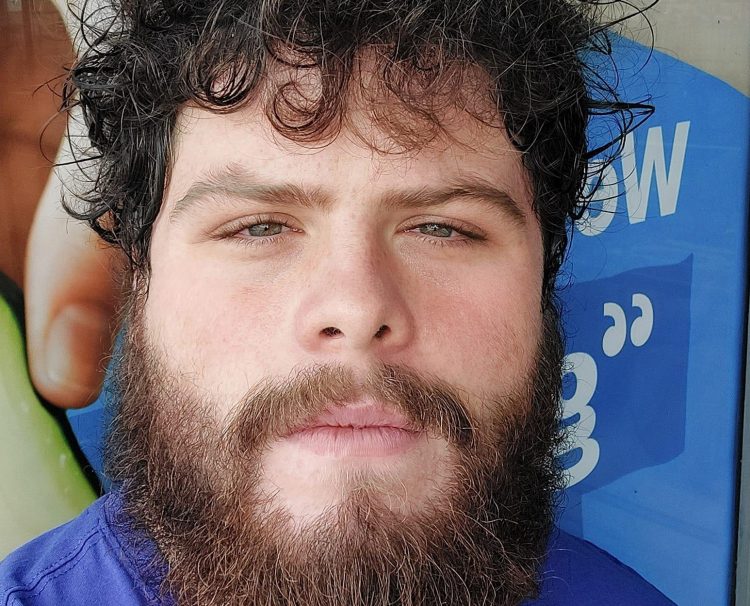 An investigation has been launched into Plymouth gunman Jake Davison’s possession of a shotgun and a firearms licence, which were returned to him in July after being removed at the end of last year.

It comes after reports emerged that Maxine had begged for him to receive urgent mental health treatment in the months before the massacre.

A friend said the family had raised the alarm about Davison’s ‘strange’ behaviour and appealed to the police and NHS to help him, a request that apparently went unanswered.

Another family source said he had suffered from mental health issues for a long time.

They wrote on Facebook last night that his relatives, including his mother, had begged for mental health support for Davison.

‘The NHS basically said they are short staffed and that was it,’ they wrote. ‘The family even asked the police to come out to see him as he was talking acting and acting strange – they didn’t do a welfare check. And now six people are dead’.

Davison, 22, killed his mother on Thursday in the Keyham area of the city before going on to shoot dead four more people, including a three-year-old girl, and injure two others.

The Independent Office for Police Conduct (IOPC) announced on Friday it will investigate Devon and Cornwall Police’s decision-making in relation to Davison’s possession of the weapon and certificate.

The move came amid an outpouring of grief for the victims of the atrocity, with hundreds attending a candlelit vigil close to where the incident took place.

The IOPC said on Friday evening it had launched an investigation following a mandatory referral from Devon and Cornwall Police which contains preliminary information that Davison’s firearm and licence were returned to him in early July this year.

The certificate and shotgun had been removed by police in December 2020 following an allegation of assault in September 2020, the watchdog said.

According to reports, Davison’s firearms licence was returned after he attended an anger management course.

IOPC regional director David Ford said the referral related to Thursday’s events as well as “police contact with Jake Davison prior to the incident, including the force’s role and actions regarding firearms licensing”.

He said: “We will examine what police actions were taken and when, the rationale behind police decision-making, and whether relevant law, policy and procedures were followed concerning Mr Davison’s possession of a shotgun.”

It will also look at whether the force had information concerning Davison’s mental health and if this was “appropriately considered.”

No investigation will take place into the force’s response to the shootings, he added.

Hundreds of people placed flowers and candles in North Down Crescent Park on Friday evening.

Plymouth Sutton and Devonport MP Luke Pollard tweeted images of the vigil and the victims’ names, writing: “Tonight our community came together to remember the victims of the shooting in #keyham.

Davison shot his 51-year-old mother Maxine Davison, also known as Maxine Chapman, at a house in Biddick Drive before he went into the street and shot dead Sophie Martyn, aged three, and her father Lee Martyn, aged 43, in an attack witnessed by horrified onlookers.

He killed Stephen Washington, 59, in a nearby park, before shooting Kate Shepherd, 66, on Henderson Place. She later died at Derriford Hospital.

Davison also aimed and shot at two local residents – a man aged 33 and a 53-year-old woman – who are known to each other, in Biddick Drive.

They suffered significant injuries not believed to be life-threatening.

Prime Minister Boris Johnson called for the issue of how Davison came to legally own a gun to be “properly investigated” and described the shooting as an “absolutely appalling” incident.

Witness Peggy Holliday told how she had just finished having a tattoo and was walking to a shop when she heard screaming.

She told ITV News West Country: “A couple of the gunshots went off and I ran opposite a pub and the owner came out and he shouted at me ‘get in here, get in here now’.”

She said she “literally clung underneath one of the pool tables for dear life” before she froze.

“It literally felt like a living nightmare,” she said.

Devon and Cornwall Police received multiple calls about the incident at 6.11pm, with armed and unarmed officers arriving at the scene within six minutes and Davison found dead by 6.23pm.

Chief Constable Shaun Sawyer told Sky News that those present had faced “some of the most challenging scenes”.

Social media posts and interactions offered insight into the mind of a man who was interested in guns and America, while his social media use suggests an obsession with the “incel” culture, meaning “involuntary celibate” , a culture which has amassed a following online among some men who feel they are being oppressed by women due to a perceived lack of sexual interest.

On Friday, forensic officers in protective clothing could be seen conducting fingertip searches at the scene, while a coroner’s ambulance was filmed leaving the area.

A large yellow tent was set up in the area, with several uniformed officers posted around the cordon.

Dozens of flowers, cards and soft toys have been left in tribute to the victims near the scene.

One note read: “Rest in peace. Thoughts and prayers with you all. A tragic loss. Such beautiful souls. Love to all.”

Flags in Plymouth are being flown at half-mast following the atrocity, while Smeaton’s Tower was lit up as a mark of respect to the victims on Friday night.

A minute’s silence will be held on Monday at 11am and books of condolence are available for the public to sign at several locations.