It comes as the movement broadens its scope to support campaigns such 'free Palestine' and 'defund the police'. 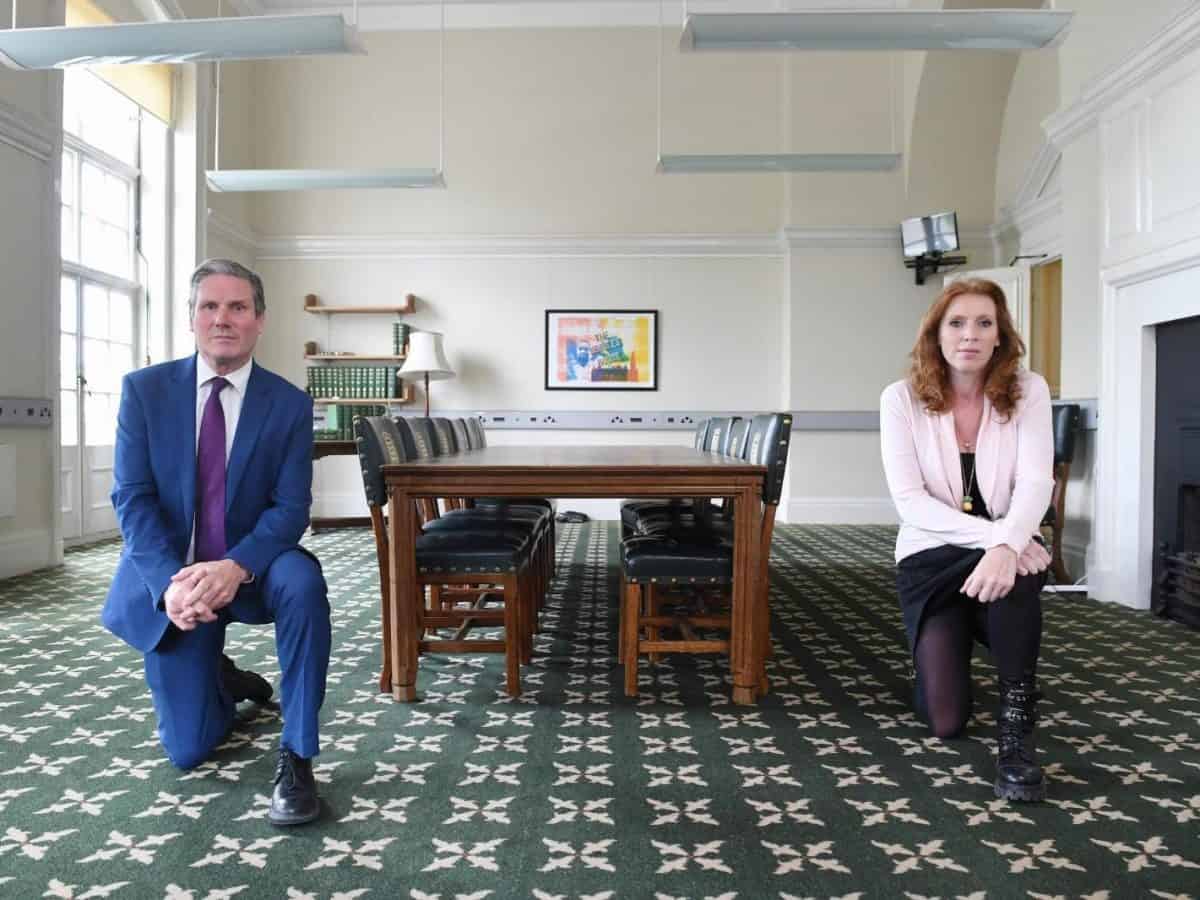 Just weeks after taking the knee in support of the Black Lives Matter movement Sir Keir Starmer has been caught in a storm after he questioned the organisation’s calls to defund the police.

The Labour Party leader received a surprise endorsement from Nigel Farage following a BBC Breakfast interview in which he spoke out about “organisational issues” which have come to the fore in the UK of late.

“Nobody should be saying anything about defunding the police,” he said.

“I was director of public prosecutions for five years, I’ve worked with police forces across England and Wales bringing thousands of people to court, so my support for the police is very strong.”

Labour leader Sir Keir Starmer tells #BBCBreakfast it’s "a shame" the sentiment behind the Black Lives Matter movement is getting “tangled up with these organisational issues" and it’s "nonsense" to call to ‘Defund the Police’. pic.twitter.com/7ydITWGZWN

It comes as the Black Lives Matter movement in the UK was caught up in an antisemitism row after it tweeted in support of Palestine over plans by Israel to annex its West Bank settlements.

The verified account claimed mainstream British politics were being ‘gagged of the right to critique Zionism,’ before Tweeting that the movement ‘loudly and clearly stands beside our Palestinian comrades’ and adding in block capitals ‘FREE PALESTINE’.

But the Tweet has sparked outrage among the Jewish community, with some describing the idea of politicians being ‘gagged’ over their criticism of Zionism as being an ‘antisemitic trope’.

Other have questioned what Israel and Palestine has to do with a movement initially started to protest against incidents of police brutality against African-American people.

As Israel moves forward with the annexation of the West Bank, and mainstream British politics is gagged of the right to critique Zionism, and Israel’s settler colonial pursuits, we loudly and clearly stand beside our Palestinian comrades.

Starmer was also criticised for referring to Black Lives Matter as a “moment”, with Diane Abbott joining a chorus of criticism.

The MP for Hackney North & Stoke Newington is understood to be one of many politicians within the party who were upset at Sir Keir’s decision to sack Rebecca Long Bailey.

Discussing the matter on Good Morning Britain Starmer said when he was first elected he took “the first opportunity to apologise for the way the Labour Party had failed on anti-Semitism in the past “and said he was determined to tear it out by the roots.

“I didn’t just mean words, I meant actions – and that’s why I took the action I did last Thursday, because I do not want the Labour Party and anti-Semitism in the same sentence ever again.”

Just a reminder. @socialistcam put out this statement over a week ago. And #BlackLivesMatter is not just a moment. It is a world wide movement for racial justice https://t.co/fiqy8sm1on