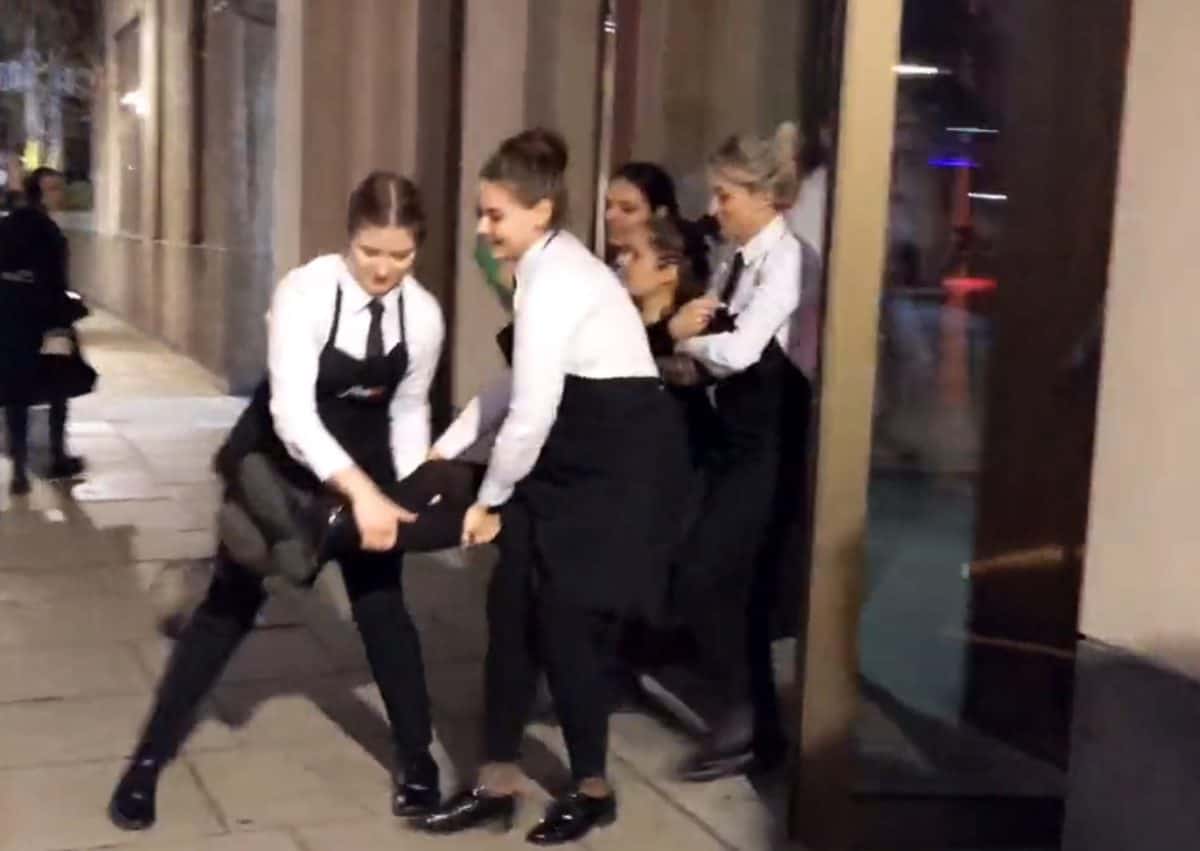 Environmental activists were physically removed from Salt Bae’s Knightsbridge steakhouse by staff after a protest at the venue.

Demonstrators from Animal Rebellion, an offshoot of Extinction Rebellion, entered Nusr-Et in the upmarket central London district on Saturday evening and sat at empty tables.

Shortly before 7pm, and to the applause of diners, the protesters were carried out of the restaurant, which serves gold-plated steaks costing up to £1,450, and put on the pavement outside.

They said they targeted the restaurant because it is symbolic of a “broken system”,  with millions using food banks while influencer chefs make money from food with a high environmental impact.

The Metropolitan Police said the protest was reported but the demonstrators left before officers were sent out.

Activists questioned the actions of restaurant staff afterwards, with one saying: “I’m not sure they’re allowed to do that.”

One protester, Orin Cooley-Green, 21, said: “It was tougher than police would do it.”

Student Ben Thomas, 20, said: “We just sat there. Wait staff were quite civil but the members of the public… Two of them got quite aggressive at one point.
“The woman kept giving me really dirty looks just for being there.

“The customers clapped as we were picked up and taken outside.

“I did not feel I was being held securely.”

The Metropolitan Police said officers “were made aware” of the protest at 6.08pm.

“The group subsequently left the area and police attendance was not required,” the force said.

Salt Bae, whose real name is Nusret Gokce and who shared a picture of himself at the World Cup on Friday, became a viral internet hit for his salt-sprinkling technique.

“Restaurants like this are symbolic of a broken system”

The protest group said in a press release it is calling for “a plant-based food system and mass rewilding”. Mr Thomas added:  “Restaurants like these are symbolic of a broken system.

“Whilst two million people are relying on food banks in the UK right now, influencer chefs are selling gold-plated steaks for more than £1,000.

“Steaks, and other red meats, that we know carry the highest environmental impacts.”

It comes weeks after a similar stunt at Gordon Ramsay’s three-star Michelin restaurant in Chelsea.

The group staged a similar stunt at Manchester’s Michelin-star Mana restaurant later in the evening, it said.

The group said at least six people had been arrested “with more likely to follow soon” following the action.

Photographs showed up to 16 smartly dressed protesters posing at tables holding their so-called “green menu”, which lists the range of issues behind their campaign.