He told Rishi Sunak that he had discovered new ways of connecting with the public and urged his party to “reconnect” with people. 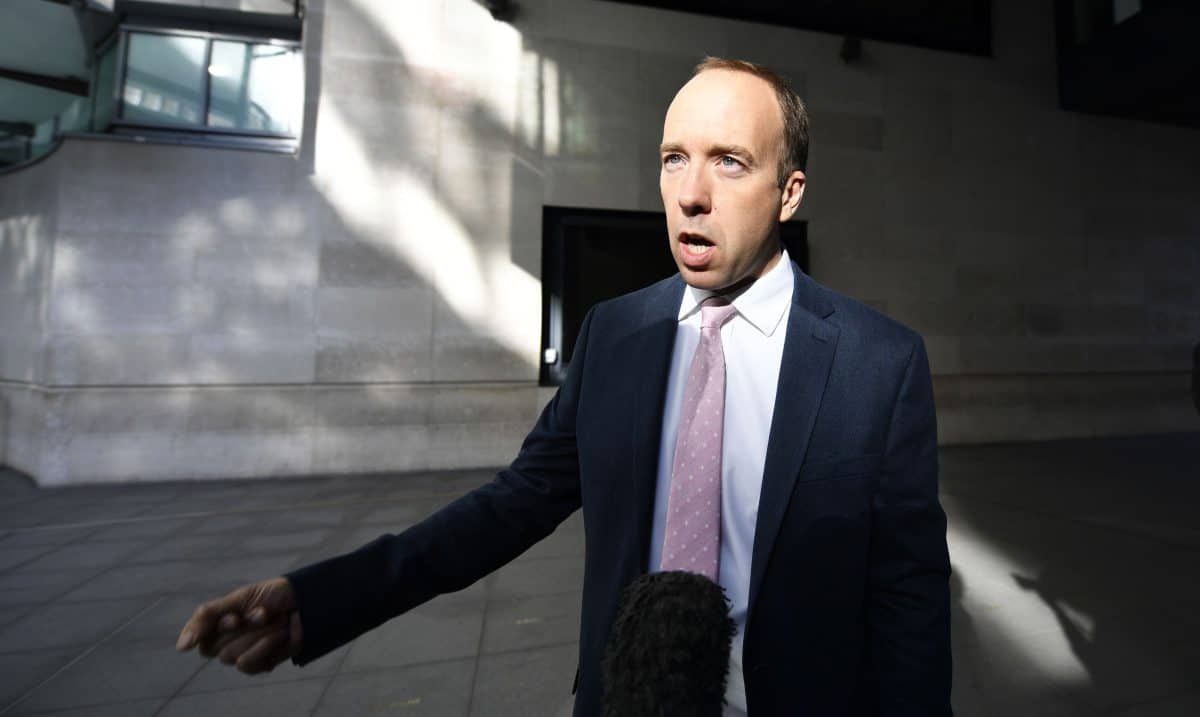 Former health secretary and I’m A Celebrity… campmate Matt Hancock will not stand for the Conservatives at the next general election.

The ex-Tory MP returned to Westminster last week from Australia following his controversial spell on ITV’s I’m A Celebrity … Get Me Out Of Here!

Mr Hancock was stripped of the Conservative whip after it emerged he was joining the reality TV show, prompting speculation about his political future and whether he would stand again at the next general election in around two years time.

In a letter to the Prime Minister, he told Rishi Sunak: “It has been an honour to serve in Parliament and represent the people of West Suffolk.

“I will play my part in the debate about the future of our country and engage with the public in new ways.”

In the letter, Mr Hancock said that the Conservative Chief Whip had told him that the whip would be restored “in due course”.

But the MP said that would be “now not necessary” and that he wants to “do things differently”.

He said that he was “incredibly proud” of the Conservatives’ achievements in government but told Mr Sunak that he had discovered new ways of connecting with the public and urged his party to “reconnect” with people.

“There was a time when I thought the only way to influence the public debate was in Parliament, but I’ve realised there’s far more to it than that.

“I have increasingly come to believe that for a healthy democracy we must find new ways to reach people – especially those who are disengaged with politics. The revival of modern conservatism over the next decade will I suspect take place as much outside Parliament as in it.

“I have discovered a whole new world of possibilities which I am excited to explore – new ways for me to communicate with people of all ages and from all backgrounds.

Mr Hancock, who also posted a video on the social media site TikTok announcing his decision, told the prime minister: “I look forward to championing the issues that are dear to my heart, including better support for dyslexic children who get a raw deal from the education system.”

The i newspaper reported on Wednesday that Mr Hancock’s decision comes after his local constituency chairman wrote to the Conservative Chief Whip Simon Hart that the MP is “not fit to represent this constituency”.

The decision means that Mr Hancock joins other high-profile Conservative MPs, including former Cabinet ministers Sajid Javid and Chloe Smith, in stepping down at the next election.

He resigned for breaking social distancing guidance by kissing and embracing an aide in his office.

His appearance on the show was controversial and his decision prompted criticism from Mr Sunak and other top Tories, as well as mockery from some fellow MPs.

The recent publication of his Pandemic Diaries has also offered fresh insights into the workings of Government as the Covid-19 virus hit the UK in 2020.

Shadow health secretary Wes Streeting was among those quick to react to Mr Hancock’s impending departure from Parliament.

“He’s not a celebrity! Get him out of here!” he tweeted.

In his TikTok video, Mr Hancock said: “I’ve increasingly come to the view that it’s so important to engage with people about politics, about how our country is run, not just through Parliament, but also through new and innovative ways and I look forward to doing more of that.”

Mr Hancock’s political fate had been up in the air since his entry into the jungle, with the former minister likely to have faced a battle in his local West Suffolk constituency if he had wished to stand again as a Tory MP.

He had represented the safe Conservative seat since 2010.