Anti-GP violence ‘on the rise’ – as patient TRASHES waiting room

A leading GP has pinned the blame on 'negative media coverage', after an irate patient destroyed a waiting room in Derby. 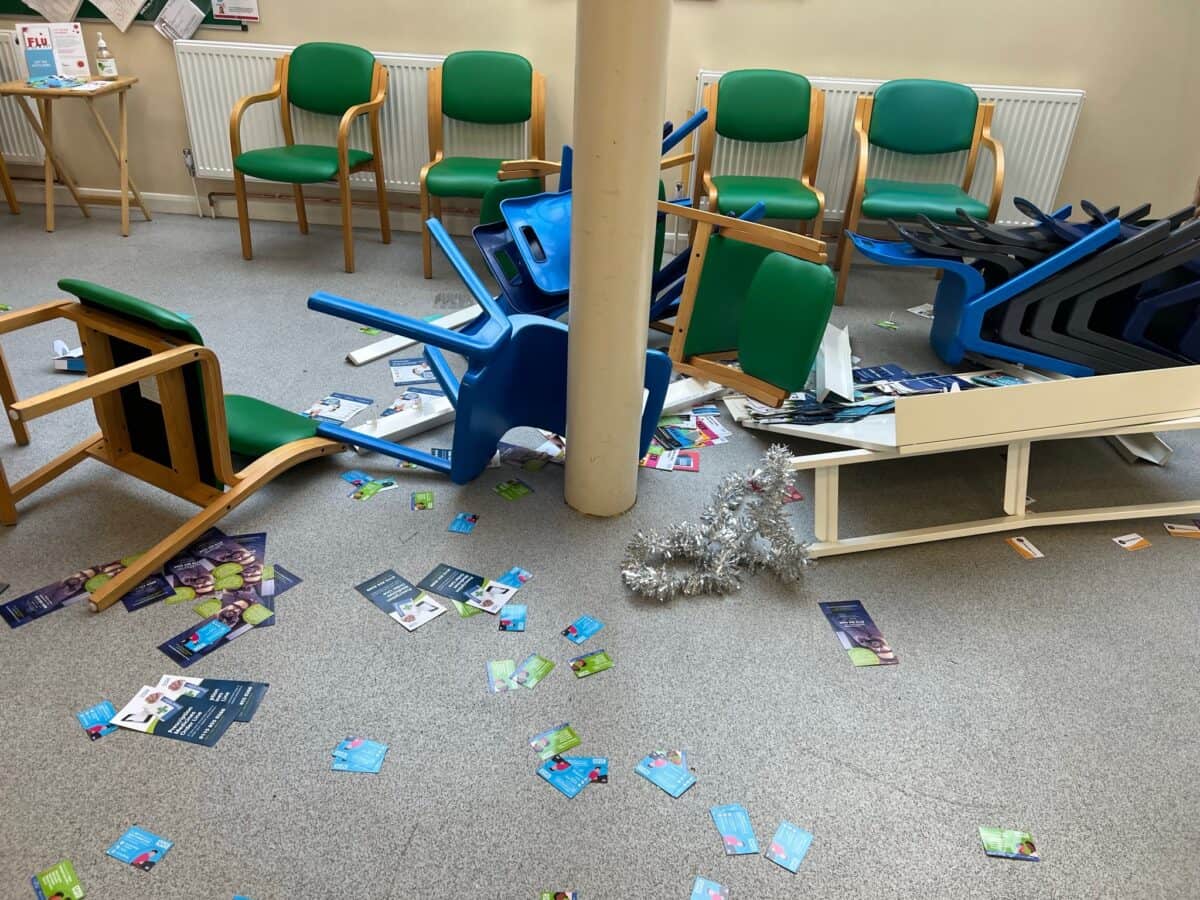 A leading doctor has warned about a rise in violence against GPs across the country, after the waiting room at her practice was ransacked by an enraged patient on Friday. Dr. Shehla Imtiaz-Umer, who is based in Derby, uploaded photos of the shocking incident to her Twitter page.

It’s no secret that the NHS is facing some of the most extreme pressure in its history. Critical incidents are being declared in multiple regions each day, with many services currently failing to deal with an unprecedented level of demand.

With nurses, ambulance crews, and other healthcare professionals taking strike action this month, the situation remains dire. However, Dr. Imtiaz-Umer – who is the Director of Derbyshire’s GP Task Force – believes ‘negative media coverage’ is having a profound impact.

She claims that ‘anti-GP rhetoric’ is causing some patients to lash out. Her surgery is now making plans to increase its security measures. Though no-one was physically hurt on this occasion, the medical expert fears that these attacks are only going to escalate.

“Anti-GP violence, abuse, and aggression continues unabated. A patient trashed our waiting room. Negative media narrative, anti-GP rhetoric, unrelenting demand, and unrealistic expectations leads to this level of violence. Where will it end?”

“Instead of caring for patients, we have to plan security for our patients’ and colleagues’ safety. It’s unacceptable for anyone to have to work under these circumstances with escalating attacks. It was a miracle that no-one was physically harmed.” | Dr. Imtiaz-Umer

Several hospital groups have confirmed they are facing ‘the most strain ever seen’. Nottingham University Hospitals (NUH) even took the unusual step of writing an open letter to patients on Friday, explaining the grim challenges they’re facing ahead of the New Year.

“Your local NHS is under the most strain we have ever seen – that’s why we need your help to avoid local services from being overwhelmed this New Year. If you do need to come to an Emergency Department, please expect a long wait to be seen.” | NUH Hospital