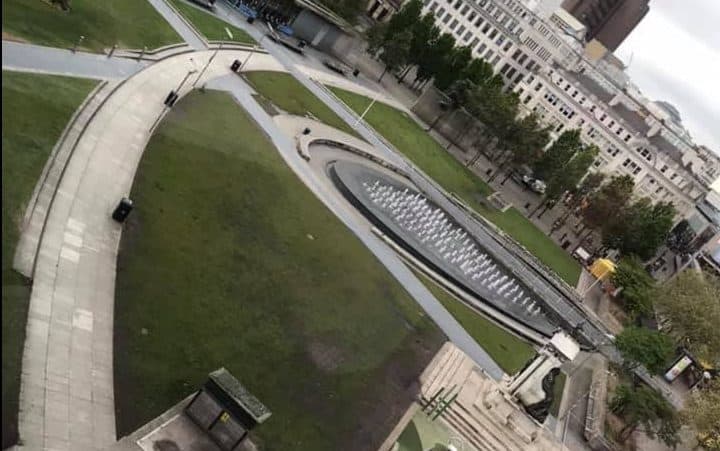 Piccadilly Gardens, in Manchester, has cordoned off after a suspicious package found.

Police vans can also be seen in the pictures.

A man has been detained by police, GMP said.

A GMP spokesman said: “A cordon is in place in Piccadilly Gardens after reports of a suspicious package were made.

“A man aged 26 has been detained by police and enquiries into the incident are ongoing.”

Thomas Ogden tweeted about the incident, saying: “The police are currently taping off a huge area of Piccadilly Gardens, including the tram lines.”