Driftwood, plastic, rubbish and even car tyres filled the Bull Nose off the River Ribble in Preston, blown in overnight 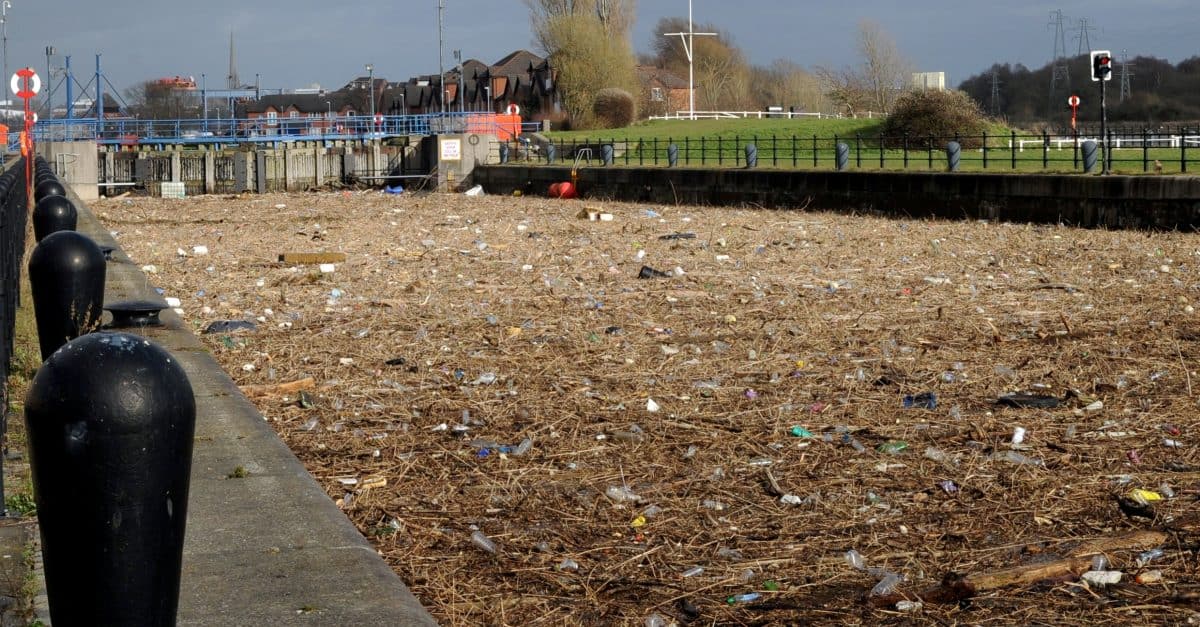 These extraordinary photos show tons of rubbish and debris piled up in a dock turning the water into a blanket of litter.

The lock on Preston Docks is choked with at least 50m of litter which has travelled down the River Ribble.

The water is choked with plastic bottles, driftwood and even car tyres as far as the eye can see.

It is understood the debris was blown into the holding area in Preston, Lancashire, by strong winds overnight.

She said: “It was really windy so I thought I would go down and photograph waves in the dock.

“Someone told me about the litter. He said he’s lived there 20 years and never seen it that bad.

“When we had Storm Ciara it was a little bit, but never as extreme as this.

“It went on for 40 or 50 metres. Nothing could possibly get through.”

The rubbish was brought in via the tidal river and gathered in the Bull Nose – a containment area of water between the river and the marina.