“Whoever is telling the truth in the Cummings/Hancock saga doesn’t change the fact the government has been criminally negligent and the consequence of that has been catastrophic,” a lawyer affiliated with the Communication Workers Union has said. 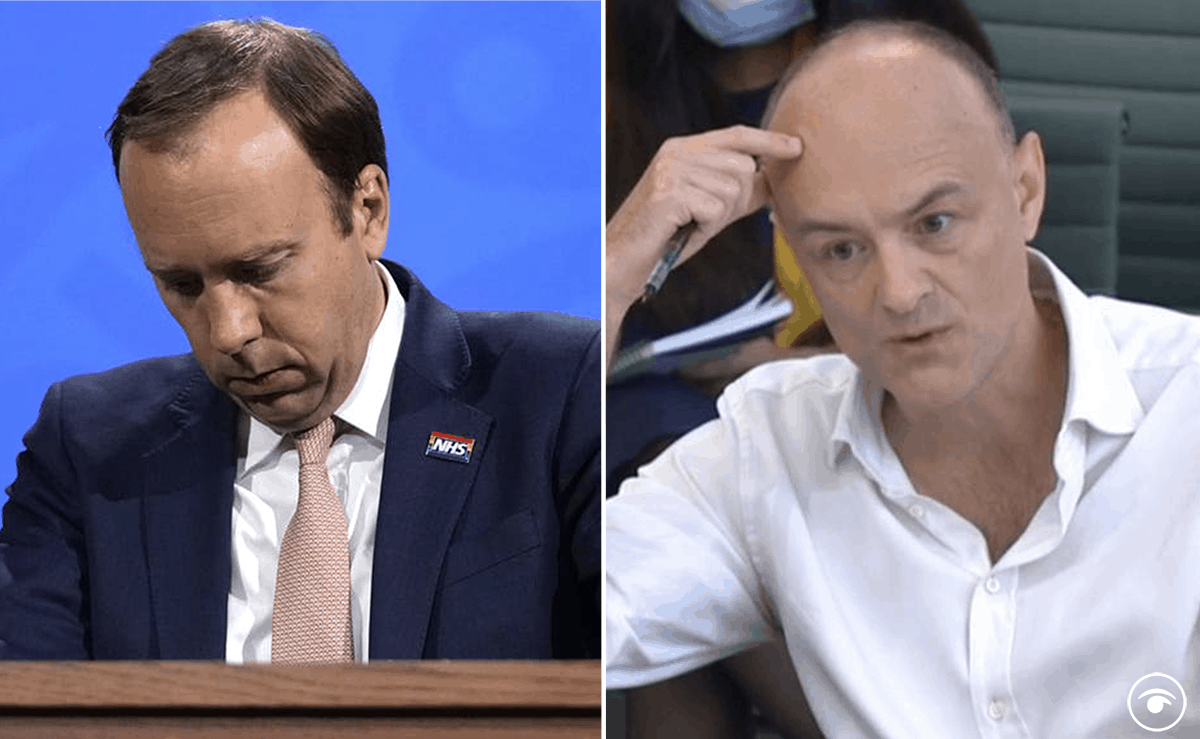 Peter Stefanovic has hit out again at the government, labelling statements made by ministers as “completely untrue”.

In his latest video, the lawyer says health secretary Matt Hancock’s version of events differs wildly to that of Dominic Cummings – who recently spoke out against several government moves.

“Hancock told us in the Cabinet room that people were going to be tested before they went back to care homes. What the hell happened?”

Stefanovic quoted Hancock in his video, when the health secretary said his recollection of events is that he committed to delivering testing.

Hancock said people went from hospitals into care homes ‘when it was possible’, adding the government “built the testing capacity for all sorts of reasons including this and then delivered on the commitment.”

Stefanovic said: “Cummings says Hancock told him and the prime minister people being discharged from hospital to care homes would be tested and Hancock says he told them people would be tested only once the capacity, which he says wasn’t available immediately, had been created.

“If Hancock is correct, the question is, why did ministers sign off that catastrophic plan to discharge thousands of patients from hospitals to care homes without Covid tests, tests that Hancock says we didn’t have the capacity to do?

“They allowed elderly and frail people to seed the virus into care homes, contributing to a heartbreaking death toll. And this was a time when the devastating impact of Covid on care homes had already been seen in Italy.”

Stefanovic then referred to a statement made by Hancock mid-April last year, which said: “Today we strengthened the rules, so that all care home residents who are discharged from hospital will be tested before being admitted into their care home.”

The lawyer went on to say that Hancock’s claim that the government “threw a protective ring around care homes right from the start” is “completely untrue”.

Jenrick said: “We simply didn’t know at the beginning how transmissable the virus was amongst the asymptomatic” in a recent interview.

In response, Stefanovic said that if this is an attempt to “get Hancock off the hook, it won’t work”.

“The risk of asymptomatic transmission was warned off by scientists towards the very beginning of the crisis. By 28 February [2020], an early study from China indicated that the coronavirus can be transmitted by asymptomatic carriers,” Stefanovic concluded.

It comes as one of Stefanovic’s viral videos about Boris Johnson’s “lies” has gathered over 21 million views.

In response, a Department of Health and Social Care spokesperson said: “The health secretary’s focus throughout this pandemic has been on saving lives.

“Guidance for the care sector was first published in February 2020.  As we have said in public many times – at this time, the scientific understanding did not suggest asymptomatic individuals posed a significant risk in terms of transmission. Those with symptoms would have been tested on admission or during a hospital stay and were isolated accordingly.

“Further guidance was issued on 19 March 2020 setting out how we would continue to support the safe and timely discharge of people who no longer needed to stay in hospital. Throughout this time, government worked tirelessly to build a national testing system from scratch, the result of which is that everybody who needs a test can now get one.”