"Today on Normal Island we have a senior government advisor attempting to describe the Spiderman meme to an inquiry into 130,000 deaths." 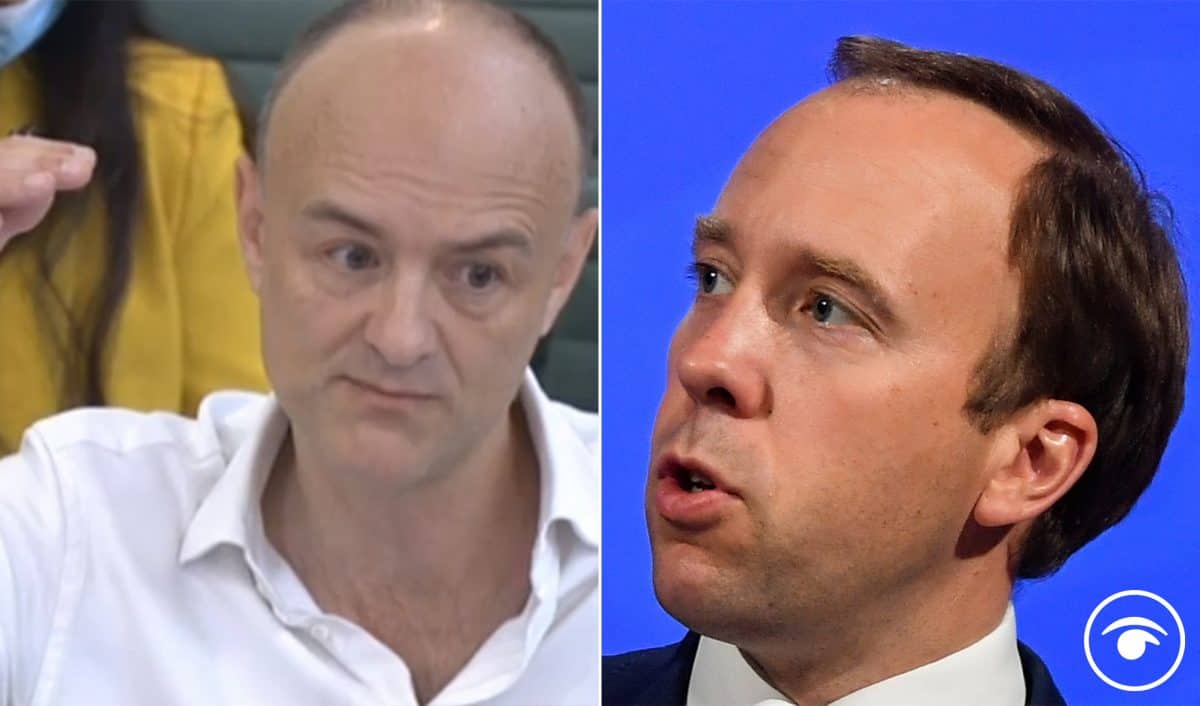 Here are some of the key quotes from Dominic Cummings’ appearance at the Commons health and social care and science and technology committees. As the story breaks we have added in the most pertinent social media comments at the end of the piece.

– On the performance of Health Secretary Matt Hancock:

“There’s no doubt at all that many senior people performed far, far disastrously below the standards which the country has a right to expect. I think the Secretary of State for Health is certainly one of those people.”

“I think the Secretary of State for Health should’ve been fired for at least 15, 20 things, including lying to everybody on multiple occasions in meeting after meeting in the Cabinet room and publicly.”

– On the Prime Minister:

“I just got on with things because my view was the Prime Minister already is about a thousand times too obsessed with the media.”

“It’s just completely crackers that someone like me should have been in there, just the same as it’s crackers that Boris Johnson was in there, and that the choice at the last election was Jeremy Corbyn.”

“In February the Prime Minister regarded this as just a scare story, he described it as the new swine flu.”

“I have been critical of the Prime Minister. But… if you dropped, you know, Bill Gates or someone like that into that job on March 1, the most competent people in the world you could possibly find, any of them would have had a complete nightmare.”

On the Government’s Covid preparations in early 2020:

“The Government itself and Number 10 was not operating on a war footing in February on this in any way, shape or form. Lots of key people were literally skiing in the middle of February.”

“This is like a scene from Independence Day with Jeff Goldblum saying, ‘the aliens are here and your whole plan is broken, and you need a new plan’.”

“The problem in this crisis was very much lions led by donkeys over and over again.”

On his own performance:

“There’s no doubt that he (Boris Johnson) was extremely badly let down by the whole system. And it was a system failure, of which I include myself in that as well, I also failed.”

“I apologise for not acting earlier and if I had acted earlier then lots of people might still be alive.”

Can’t stop picturing the alternative branch of history in which Boris Johnson got his wish and was injected with coronavirus live on TV by Chris Whitty. Maybe as part of some kind of Global Britain advertorial

Why can Dominic Cummings call people a liar in Parliament and I can't?

Today on Normal Island we have a senior government advisor attempting to describe the Spiderman meme to an inquiry into 130,000 deathspic.twitter.com/KVMTSmYvYI

small side-note to the Cummings hearing: looks like Carrie and Boris have been testing ochre-based paints for this room, too. The redecoration never ends pic.twitter.com/Sw1aytk7iL

BREAKING: Several buses arrive at Westminster amid fears Dominic Cummings won’t be able to throw entire government under just one.

BREAKING: Several buses arrive at Westminster amid fears Dominic Cummings won’t be able to throw entire government under just one.

Tory MPs last year: Dominic Cummings is the most trustworthy man I've ever met. His integrity and honesty is beyond question

Tory MPs now: He's a lying piece of shit! Don't believe a word that comes out of his mouth

I like the image of firing Matt Hancock 15 or 20 times. Like, fire him and rehire him just so you have the pleasure of firing him over and over again.

Cummings: "Matt Hancock should have been fired atleast 20 times"
Everyone: "Yeah we know"
Cummings: "Boris was useless and didn't know what was going on"
Everyone: "YEAH. WE KNOW"

Cummings: "Matt Hancock should have been fired atleast 20 times"
Everyone: "Yeah we know"
Cummings: "Boris was useless and didn't know what was going on"
Everyone: "YEAH. WE KNOW"

First question I would ask Mr Cummings today if I was (already) an MP: “Before we begin, just so we can decide how trustworthy your evidence will be, can you confirm if you still expect us to believe the claptrap you gave the country last year about your trip to Barnard Castle?”

Cummings: "I think the Secretary of State for Health @MattHancock should have been fired for at least 15, 20 things- including lying to everybody on multiple occasions in meeting after meeting in Cabinet Meetings and publicly."

"We are absolutely fucked, thousands of people are going to die."

Dominic Cummings details the moment he found out the government did not have a pandemic response plan. pic.twitter.com/uiwoxOPsca

Dominic Cummings admits it's "completely crackers" people like him and Boris Johnson were in charge.