The comedian signed off a note to his supporters in the best possible way. 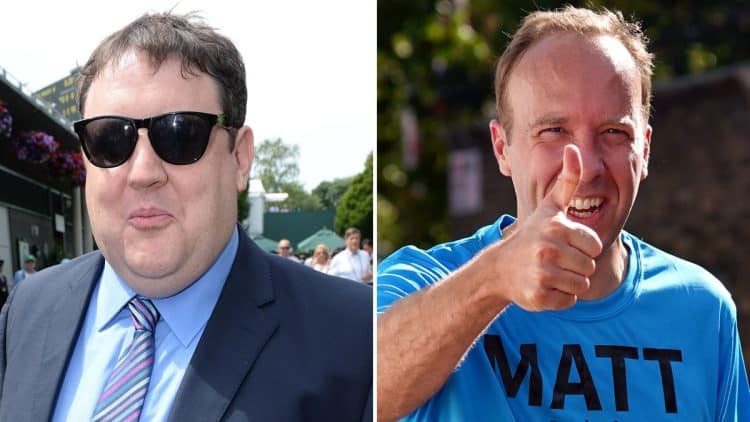 Matt Hancock faced his fifth consecutive Bushtucker trial in the jungle this weekend as he was made to hunt through an offal-filled trough.

The public voted on Saturday night for the former health secretary, 44, to take part in the challenge after he joined the ITV show on Wednesday.

He gags as he plunges his hands into the offal, saying: “The thing you don’t know is this really smells too.”

Hancock’s decision to go on the TV show has sparked controversy among the public and celebrities alike.

Carol Vorderman struggled to pronounce his surname correctly ahead of a This Morning appearance, while his fellow campmates have been giving him frequent grillings.

Comedian Peter Kay, who has announced a UK tour next year as well as a London residency, took his own hilarious swipe at the Tory MP.

Tweeting his thanks for astonishing ticket sales, he concluded with: “P.S Matt Hancock IS a proper bell-end”.

Hard to argue with that!