Carol Vorderman savages Matt Hancock ahead of This Morning appearance

The former health secretary has been widely criticised for his decision to participate in this year's I'm A Celebrity... Get Me Out Of Here. 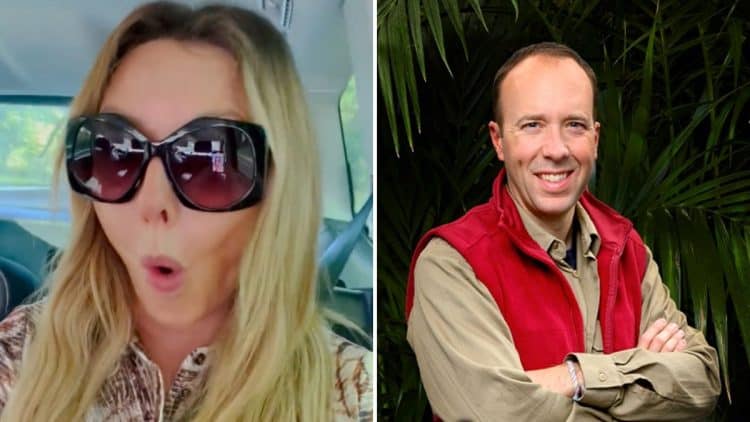 Matt Hancock is expected to enter the jungle today alongside Seann Walsh after taking a break from his parliamentary work to appear on I’m A Celebrity.

The former health secretary says he “does not expect to serve in Government again” after taking part in the show, but said he had received a lot of support for his decision to fly Down Under.

He reiterated that he could be reached at any point to deal with “urgent constituency matters” despite being over 10,000 miles away in the Australian jungle.

Speaking ahead of his arrival in camp, he said: “I am looking forward to throwing myself into it all like I do everything in life. You can’t hide anything in the jungle, you see somebody warts and all.”

But his decision to enter the jungle has drawn widespread criticism across the board.

Carol Vorderman was among those speaking out about him taking part in the show.

Ahead of an appearance on This Morning she posted this video, which has got a few people talking!