“The letter I’ve been sent shows a complete scattergun approach by a government who are desperate to try and sort out a problem that's completely of their own creation," he told The London Economic. 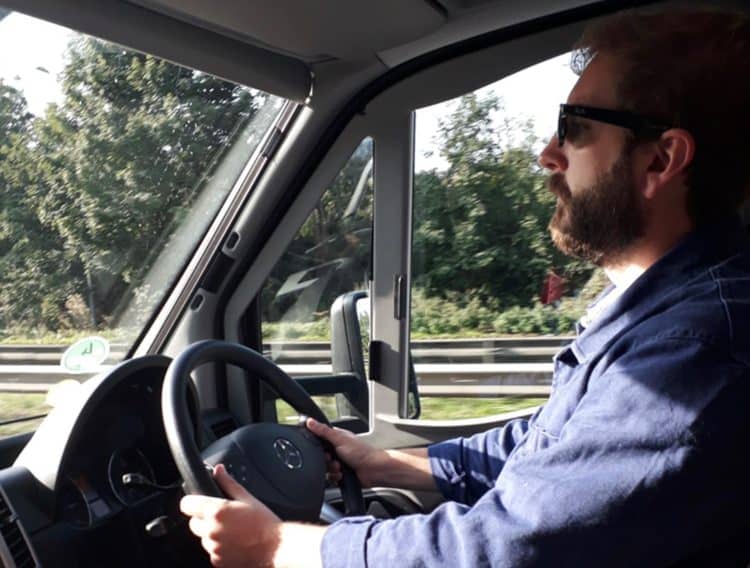 A winery production manager said he “won’t bother” answering a letter sent by the government to a million UK HGV licence holders including him, begging him to do lorry driving as a career.

Peter Brissenden, from Kent, said he received the letter yesterday and he is “absolutely not” planning on taking up the offer.

Brissenden took his HGV driving test three years ago just to be able to drive a motorhome, and thinks being invited to work as a lorry driver shows a “scattergun approach” by a “desperate government”.

He told The London Economic: “I’ve never actually driven an HGV commercially, and in fact I’ve not done all the qualifications to drive an HGV professionally, all I’ve done is just take the test that allows me to drive a motorhome.

“It seems like they sent the letters out fairly willy nilly to just anyone who’s got the entitlement on their licence, rather than actually look at, did you use to work in the sector?”

Brissenden said the government could have targeted people better by looking at people’s records and seeing who has worked in the transport sector or at least has the CPC test required for commercial HGV driving.

He is not the only one to have been sent the invitation without having the required qualifications – paramedics and ambulance drivers have also been sent the letter, according to reports.

‘Scattergun approach to solve issue created by themselves’

He said: “The letter I’ve been sent shows a complete scattergun approach by a government who are desperate to try and sort out a problem that’s completely of their own creation.

“Some of it is due to Covid, but obviously the vast majority, the reason why we’ve not got any foreign drivers in the UK, is because a lot of them went home post-Brexit.

He added: “Even if you are pro-Brexit, there’s an argument to say that skilled drivers are skilled, driving is a skilled occupation, should have been allowed to stay in the country.

“I don’t know what working conditions are like in the EU, but it can’t be worse than here.”

And he thinks the government should have seen the current problems coming “a long way off”, and that tackling working conditions and pay issues would have been possible whilst the UK was in the EU as well.

Brissenden said HGV drivers he knows are “entirely unsurprised” by the current crisis. “Everyone likes to have a bit of a whinge about the job sometimes but I have yet to meet a trucker who really enjoys doing what they do,” he added.

‘Not an attractive career’

He is pleased with his current job, which he said is well paid and in a great industry.

“Why go earn less money to work in poorer conditions?,” he asked, saying all the truck drivers he knows through his job are “overworked and underpaid”.

“I don’t think HGV driving in the UK is an attractive career. It’s not glamorous, it’s hard work, long days, physical, not just sitting in a cab all day,” he continued.

Most drivers, he said, will be expected to load and unload trucks themselves, pushing pallets of heavy stuff and cope with the stress caused by big cities traffic and restrictions.

If they cannot unload their items, they have to sleep in their cab overnight, away from friends and family.

“I think you look at other jobs with that level of responsibility and that level of kind of attrition, and being away from home, you’d probably be paid a heck of a lot more,” he concluded.