He was finally caught when a 16-year-old girl raised the alarm at H&M after she heard the camera click. 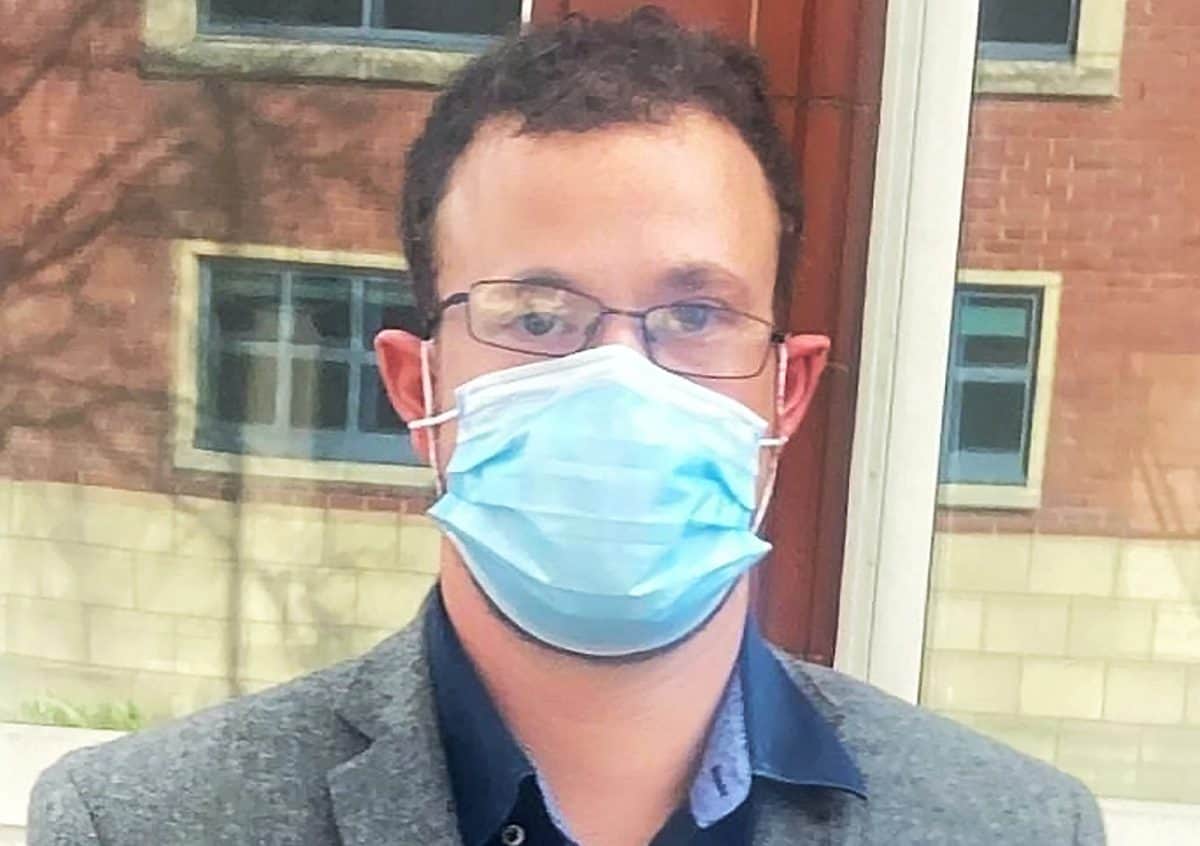 A pervert is facing jail for taking thousands of seedy “upskirt” pictures of 250 unsuspecting women using a GoPro camera hidden in his SHOE.

Richard Whyley, 32, made a staggering 6,436 images of women’s private parts while following them as they went shopping.

The university worker also secretly filmed women getting undressed in their homes as well as one couple having sex.

He preyed on the women in Worcester, Malvern and Stourbridge between June 26 and
August 15, 2019 while wearing his specially modified “camera boots”.

He was finally caught when a 16-year-old girl raised the alarm at H&M in Worcester on August 16, 2019 after she heard the camera click.

Whyley admitted voyeurism, and two charges of recording an image under clothing and operating equipment without consent at Worcester Magistrates’ Court.

Ralph Robyns-Landricombe, prosecuting, said: “The 16-year-old who raised the alarm noticed Whyley passing near her in the shop while she looked at clothes and later saw him rushing towards the bottom of the escalator before he stood close to her on the next step down, holding his mobile phone in his right hand.

“She then stated she heard a clicking sound which she associated with the taking of a picture on a mobile phone.

“She saw the camera app was visible on his mobile phone but did not challenge him.

“However, she returned to the shop and was able to give a description of him to police.”

The court heard his movements were traced using Worcester city centre’s CCTV to a building owned by the University of Worcester.

Whyley, of Stourbridge, Worcs., was identified as a sub-contractor for the university who tested fire alarms.

Police arrested him at Worcester’s University Arena and his phone was seized.

However, only the woman who reported him can be formally identified. An officer was able to identify almost all the locations as being in Worcester.

A search of the company vehicle Whyley was using revealed two pairs of shoes with holes cut in the toes and an SD card.

On the card were 94 images and videos recorded through the windows of homes including “images of women either topless or in their underwear”.

Others were labelled “women getting changed or in a state of undress” while another included a couple having sex.

Whyley told police he was not targeting the girl in H&M but that it was “an opportunistic moment”.

He also admitted watching upskirting videos on a pornography website.

Mr Robyns-Landricombe said: “He admitted he had cut a hole in the toe with the GoPro camera inside facing upwards.

“He would change his boots to his camera boots when he was going to take pictures.

“He stated he did not want to say how long he had been doing this for as he’s ashamed.

“He said he felt sick when he learned the girl (in the shop) was only 16.”

When he was told by police that there were 6,436 images recorded on the GoPro, Whyley replied: “Jesus, that’s horrible.”

The court heard he also told police he never took photographs of people he knew but the victims were always strangers.

He told officers his actions were motivated by “excitement” but that “the excitement soon wore off”.

He also denied being sexually aroused by the photos.

When he was told that there were 250 different female victims, he replied: “I would have to take your word for it. I have no idea how many there are. That’s more than I thought.”

Whyley, who had no previous convictions, stated he did not target “teenagers or blondes”.

The case was adjourned and Whyley was bailed and ordered to return to Worcester Crown Court on April 9 for sentencing.

Related: ‘Stand together and help each other’ as plasterer offers to fix homes of domestic abuse survivors for free