“People are struggling to even afford to live at the moment, let alone fix the damages from relationships that have gone wrong, or have involved violence.” 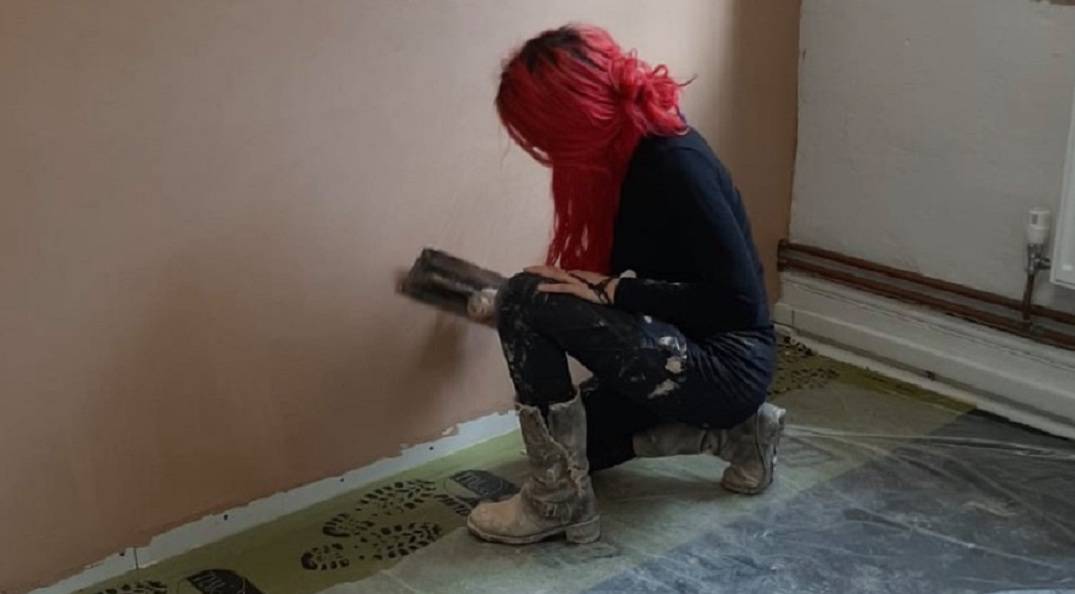 A plasterer has volunteered her time and skills to help redo the homes of those who have been in abusive relationships.

Naima Ben-Moussa, from Buxton in Derbyshire, launched an online fundraiser to help cover the cost of materials and help others “rebuild” their lives.

Ms Ben-Moussa said she “understood” what these women had gone through, having suffered abuse as a child.

The 36-year-old told the PA news agency: “I’ve had to try and carry on, and I don’t think I would have been able to without my support network around me.

“People are feeling even more isolated during the pandemic, and between us all we need to try and stand together and help each other.

“People are struggling to even afford to live at the moment, let alone fix the damages from relationships that have gone wrong, or have involved violence.”

So far she has raised more than £500, which has helped renovate a number of rooms for survivors and their children, which she said were in a “mess”.

She was inspired to set up the fundraiser after helping fix the home of a woman who had just left an abusive relationship.

“I walked into her home and saw the mess a man had left her in. For 10 years she had suffered horrific abuse,” she said.

She said her “heart broke” after she was told one assault had lasted for four hours.

“But when she was stood in front of me I saw her strength. In fact, my hair stood on end just being in her company. She is a survivor, a warrior princess,” she said.

All the money raised will be used to pay for materials and other tradespeople if necessary, with Ms Ben-Moussa, who runs the Lady In Red Plastering Service, giving two days a week of her time to complete work for free.

Pressures from the coronavirus pandemic have heightened the risk of domestic abuse, with a record number of cases being dealt with by the family courts.

One in five offences – more than a quarter of a million – recorded by police during and immediately after the first national lockdown in England and Wales involved domestic abuse, according to the Office for National Statistics.